With mobile needs spilling well beyond communication duties for many users on a daily basis, there’s been a logical trend toward expanding mobile device screen real estate in the physical sense. Past attempts have been…disappointing. Conjoining two screens seamlessly has proven challenging, introducing the obvious issues of durability with a device intended to be opened and closed throughout the day. Instead of attempting to mask that divide, the Microsoft Surface Duo embraces the notion two screens are better than one with a robust hinged solution designed to work day in, day out. 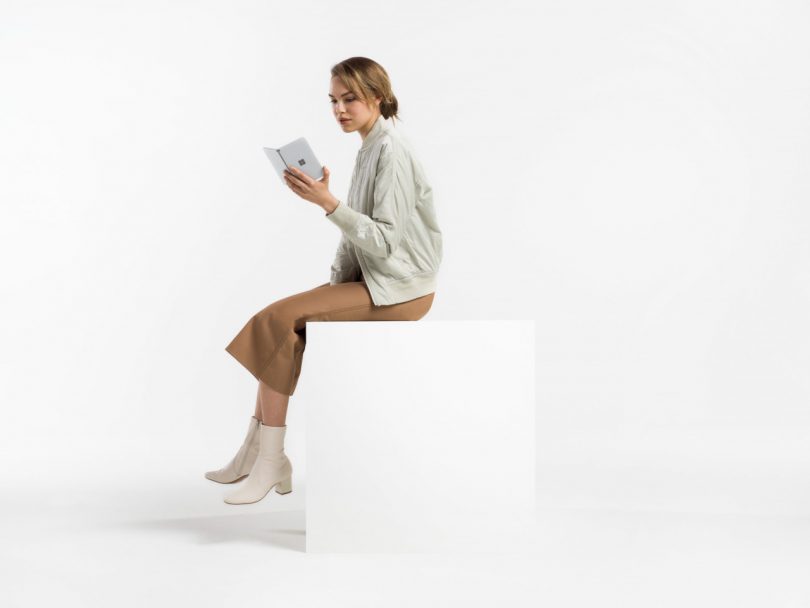 The Surface Duo is the result of a formal partnership with Google intended to help optimize dual screen mobile computing. The specs are respectable, though nowhere bleeding edge. The intent here seems to be to offer a durable device ready to be used out of the box for actual workflow productivity rather than solely focusing upon the pageantry of new technology.

The device’s (is it a phone, tablet, phablet?) side-by-side configuration features two separate 5.6-inch OLED screens with 1800 x 1350 pixel resolution displays. As shown below, the benefits of such a device become obvious.

Like the Microsoft Surface Studio – but significantly miniaturized – each screen features an easy to read 4:3 aspect ratio, the sum which totals up to an expansive 8.1-inch screen. The Surface Duo’s strength is these two screens can operate with the same benefits similar to a dual monitor setup, inviting dual screen optimized workflow across Microsoft’s core productivity apps, and multi-app viewing without needing to swipe or divide the plot of a single screen. 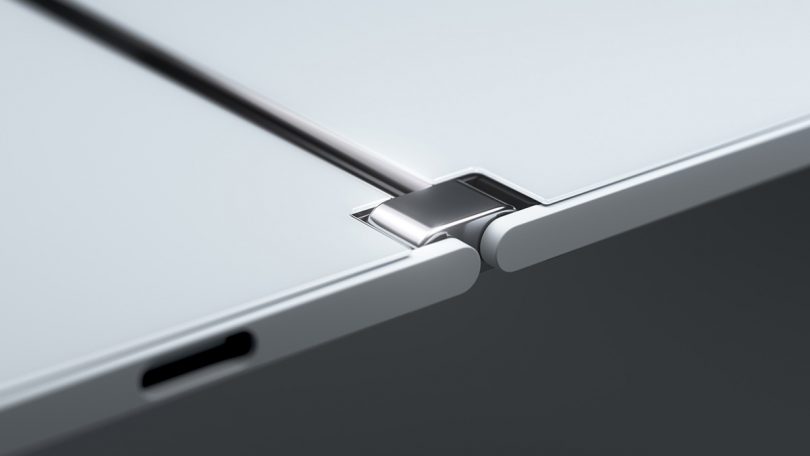 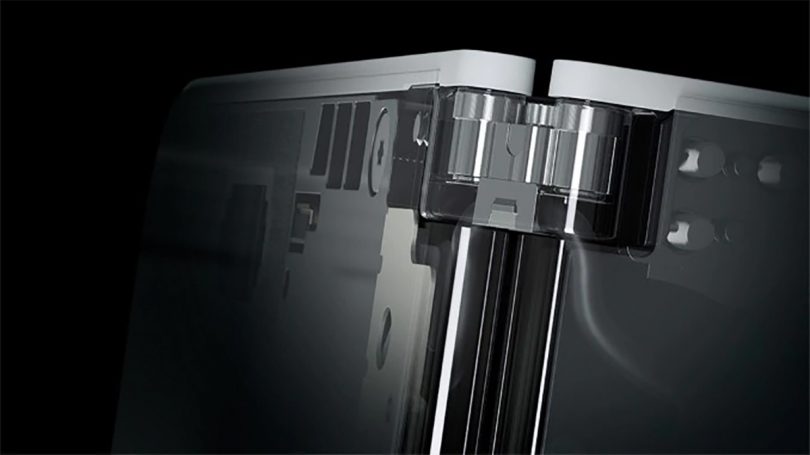 Now about those hinges. Sure, the dream of a single, seamless tandem of screens opening up into a single large screen is the future we’ve been promised. But in reality, opening and closing a device over and over has proven a challenge in real world use. Thus, Microsoft’s decision to use a pair of hinges seems both practical and robustly executed, relying upon a hinge mechanism engineered to smoothly open and close without stressing any flexible display surface.

An early hands-on review of a non-working Surface Duo prototype reports a “smooth, sturdy-feeling dual hinges” reputedly engineered with a life expectancy of “years…well beyond the lifespan of the product,” according to Microsoft. Those hinges also bridge the gap with 56 micro-cables – each thinner than a human hair – running from one side to the other. If Microsoft’s previous attention to material detail across the Surface line are any indication, the hinge solution should meet those demands. 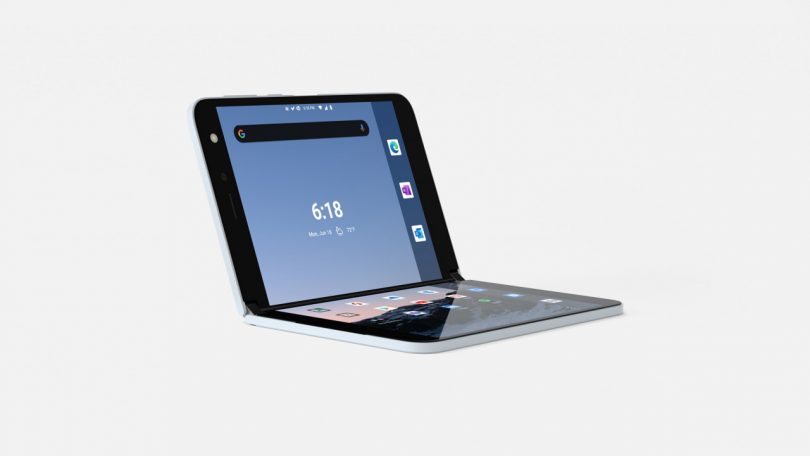 The Surface Duo is designed to adapt in shape according to need. Opened as a book, it operates as an e-reader. Positioned like a laptop, the Duo brings back memories of those tiny clamshell Japanese super-charger personal organizers. Propped up into a tent, it becomes a media viewer. And opened horizontally, it’s hard not to think of the glorious Nintendo DS-like gaming one could enjoy using those two screens. The bezels are still significant across both sides and 5G connectivity is not supported, details we hope improves with every iteration. 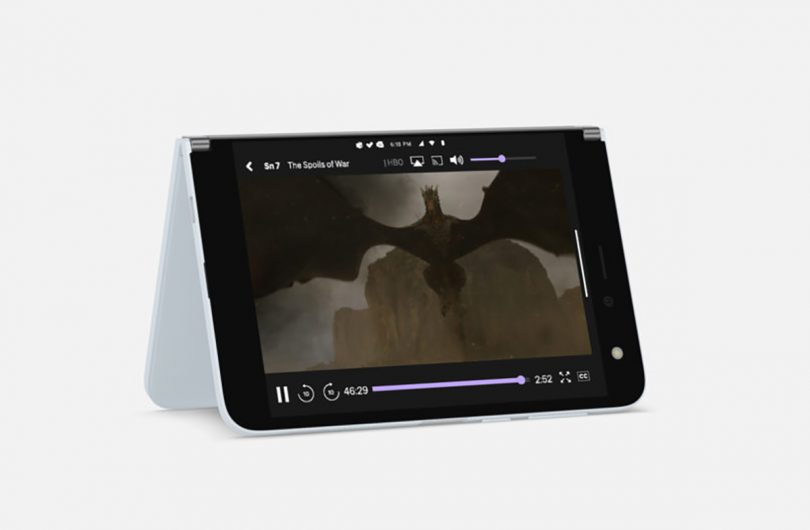 It’s probably one of the sexiest devices we’ve ever built. 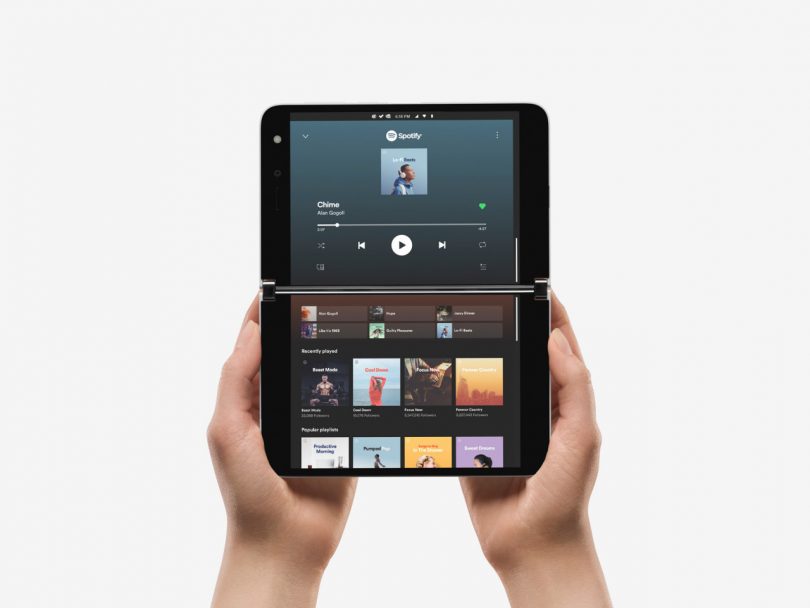 Each of the two PixelSense Fusion Displays are powered by their own battery (3577mAh total) which Microsoft claims will last all day. YYMV in real world use, but it bodes well for a device which could arguably replace a majority of everyday, but minor tasks 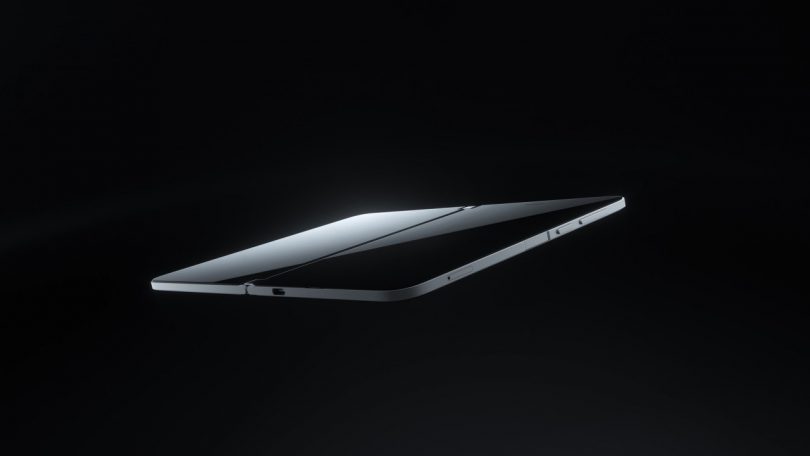 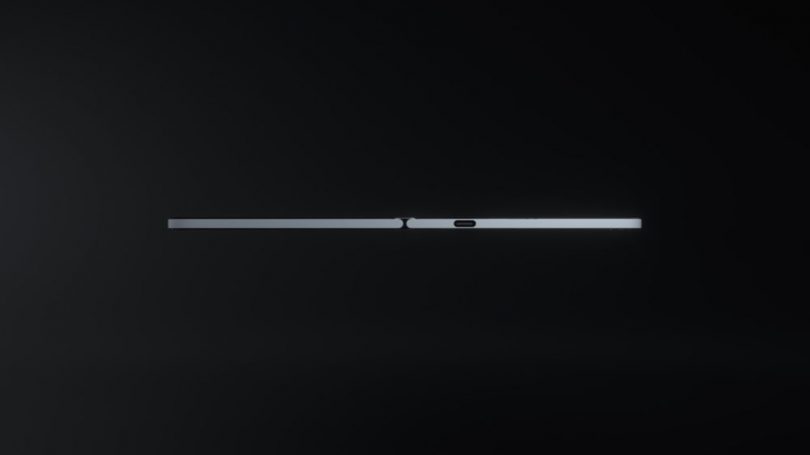 You can’t see it here, but there’s a fingerprint reader built into the side length of the device. The bottom shown here offers a lone quick-charge capable 18-watt USB-C port. 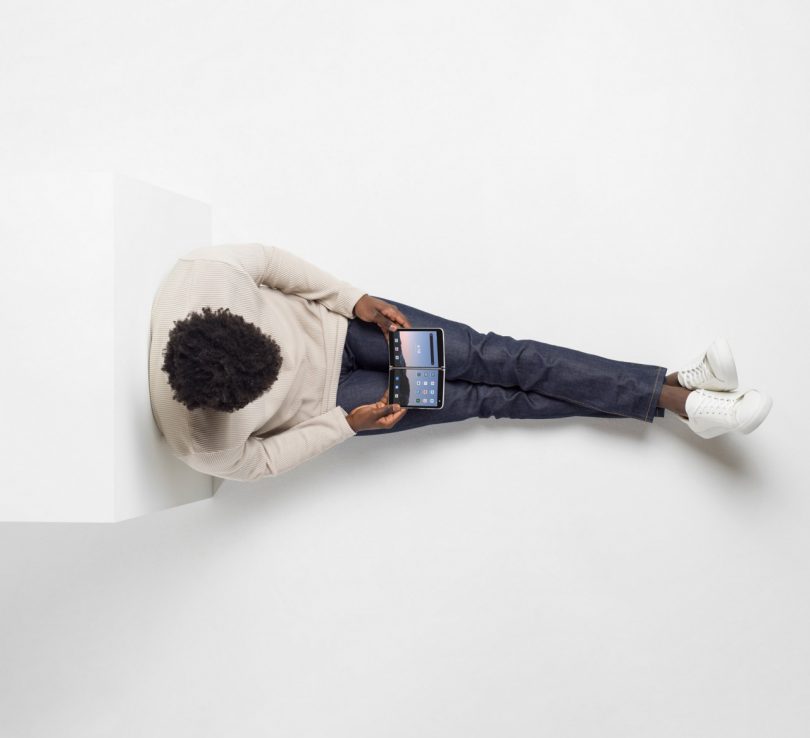 The Microsoft Surface Duo’s starting price of $1,399 definitely lands within the top tier of its burgeoning category, and rivals like Samsung have followed up first attempts with improved hinged designs of their own. While the Surface Duo launches officially September 10th, Microsoft is already accepting pre-orders online for 128GB and 256GB options for those willing to dive in as early adopters of this “new way to get things done.” We hope to follow up with our own hands-on time to determine whether hopes meet hype.

Geometric Reflectors for Precise Lighting – Modern Chandeliers Fin Chandelier is a suspended light created by Dubai and New York-based designer Nader Gammas. The artist, hired as a lighting consultant for a private residence, was very specific in the lighting effect he wanted to create for the space. Fin Chandelier was the result of an...

A Miami Beach Villa Designed From the Inside Out

Built on a narrow plot of land, Villa M was thoughtfully designed from the inside out by Doo Architecture to maximize natural light and views with the help of a series of courtyards. Connecting the courtyards is a straight pathway that leads from the entryway courtyard all the way to the boat dock out back....