Big cities have experienced a record number of people fleeing to more tranquil areas with more square footage and outdoor spaces for an escape from the ongoing pandemic. Seasonal locations have become full-time landing spots, especially as businesses shifted to remote working situations. The small town of Sag Harbor, New York, has become one of those desired locales and this 2,630-square-foot residence is the perfect escape. The Up Studio designed the Harbor Hideaway as a single family home on a corner lot with no direct views of the water. Due to its location on a wide street corner they flipped the home’s orientation so it faced the rear corner of the backyard allowing for privacy and an open flow to the outdoor space. 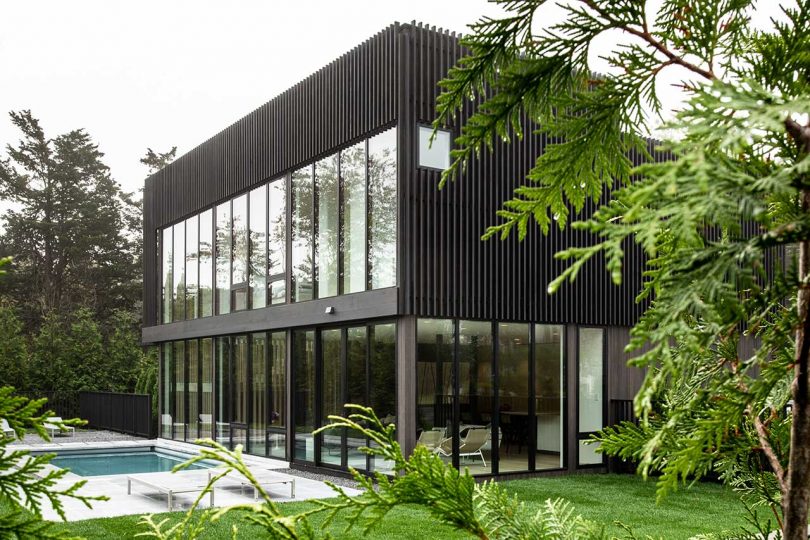 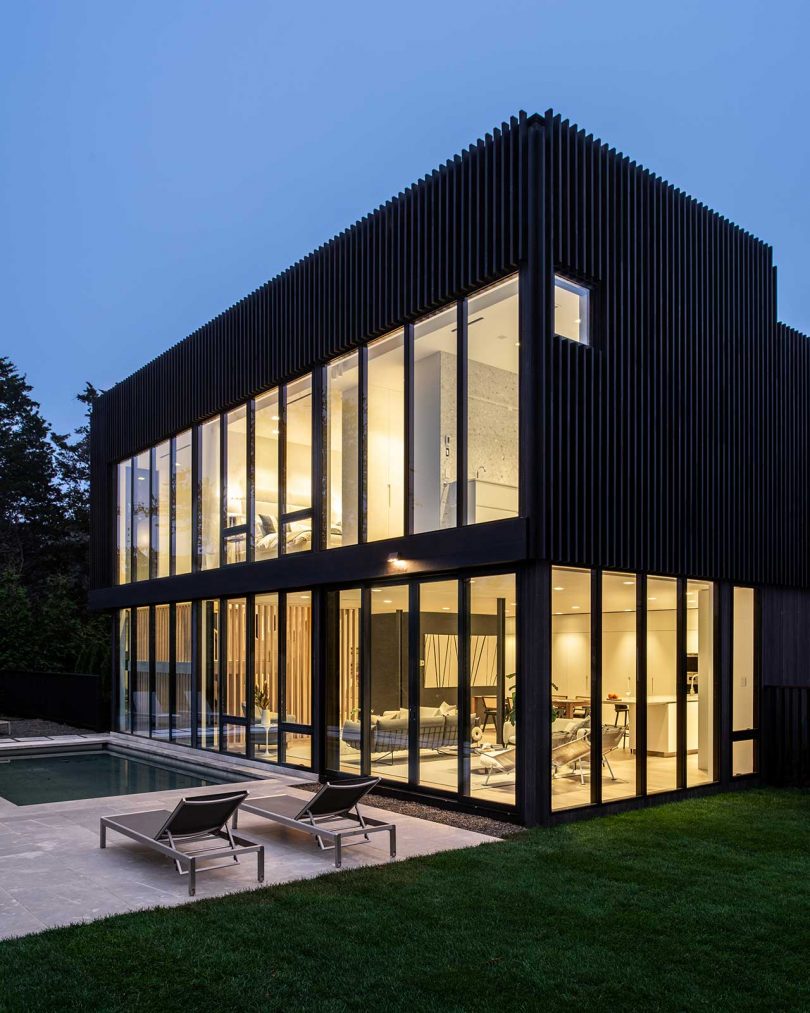 In addition to the black cedar slats that wrap the structure, floor-to-ceiling, black framed windows on the back add additional visual appeal with bold vertical lines. The Up Studio partnered with Marvin Windows, who made custom Marvin Modern windows for the project, which resulted in the back of the home being fully glazed, allowing the morning sun to light up the bedrooms. 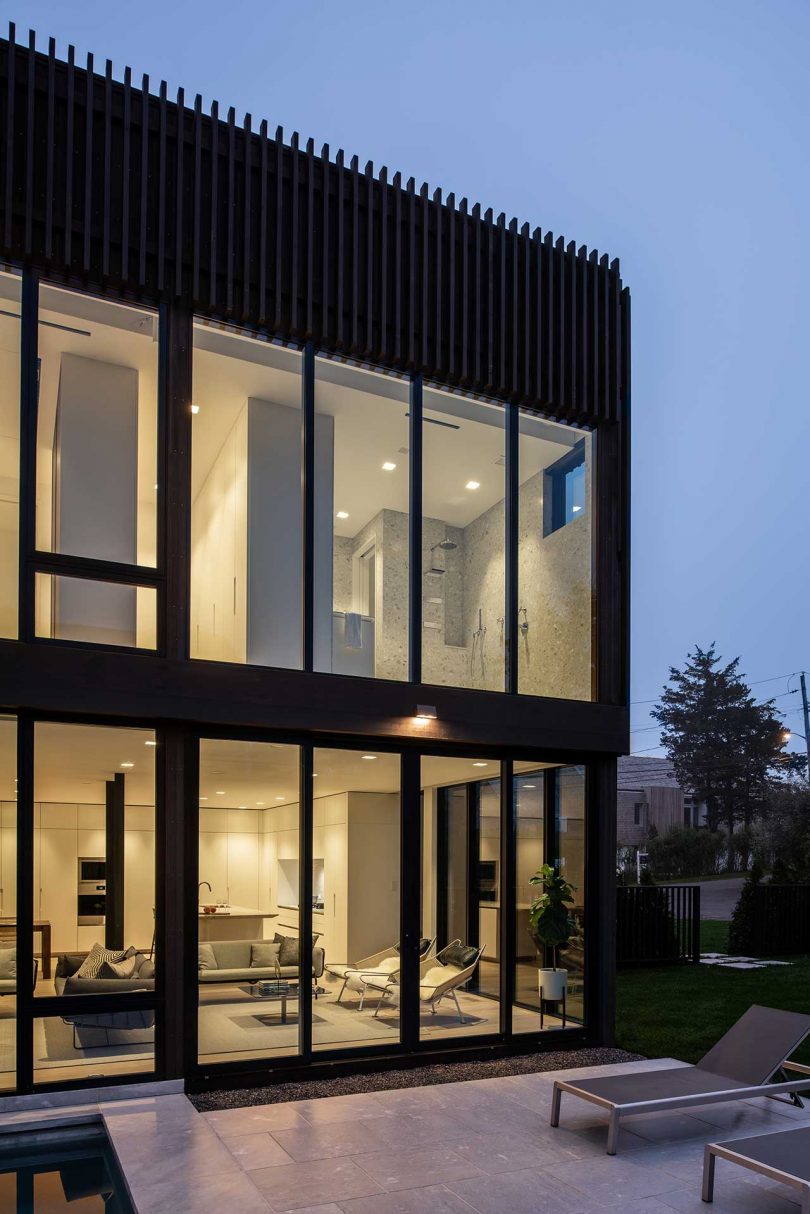 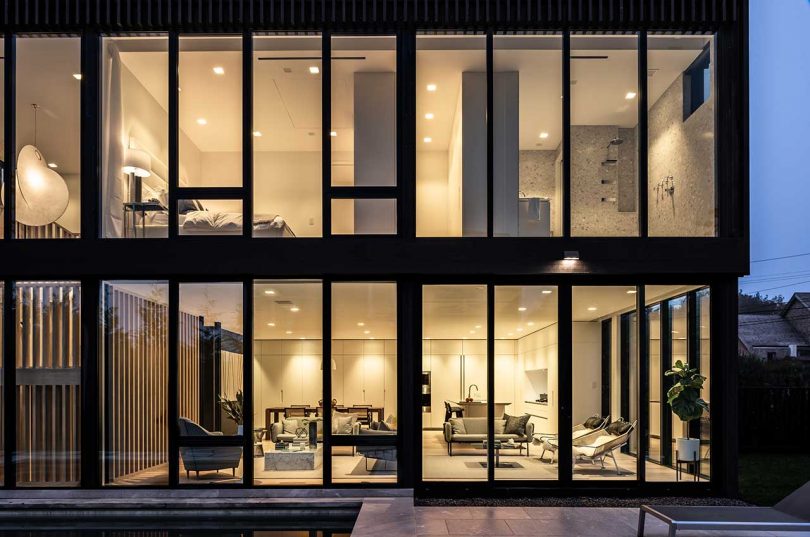 The expanse of windows gives the interior the feeling of being open and much larger than its actual footprint. 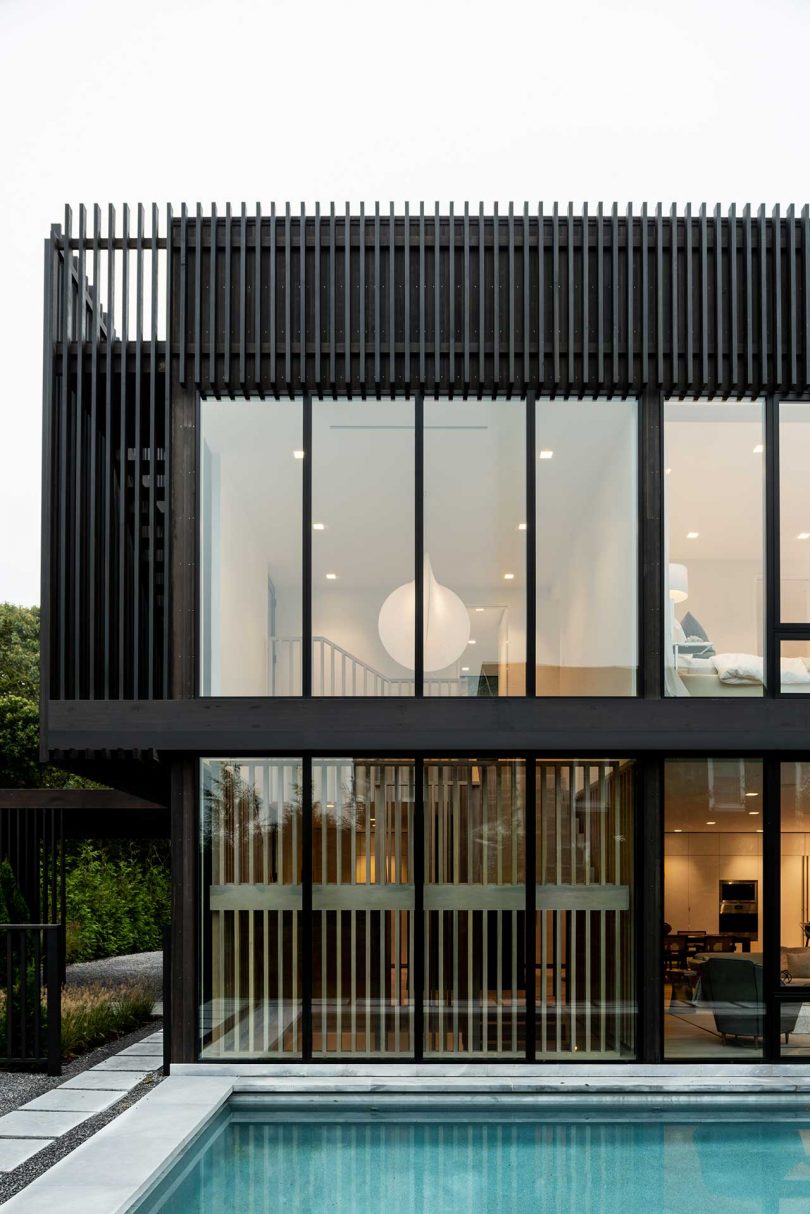 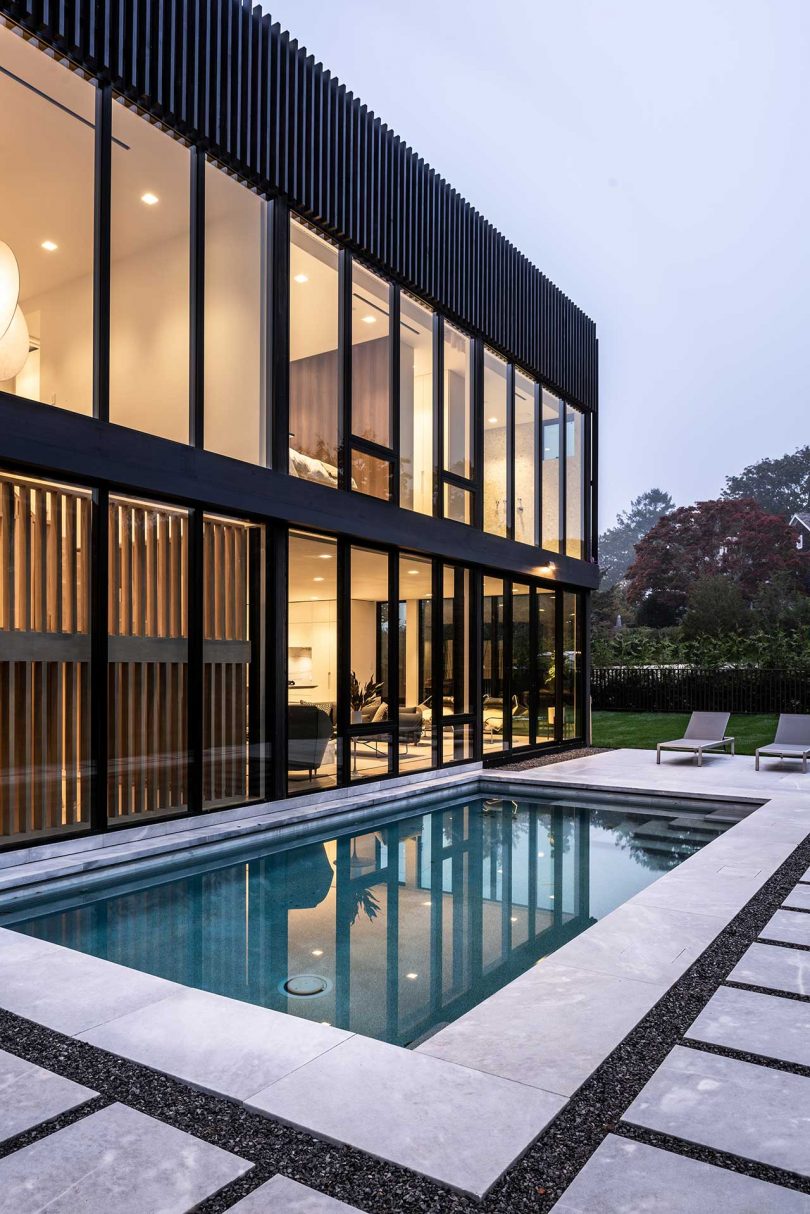 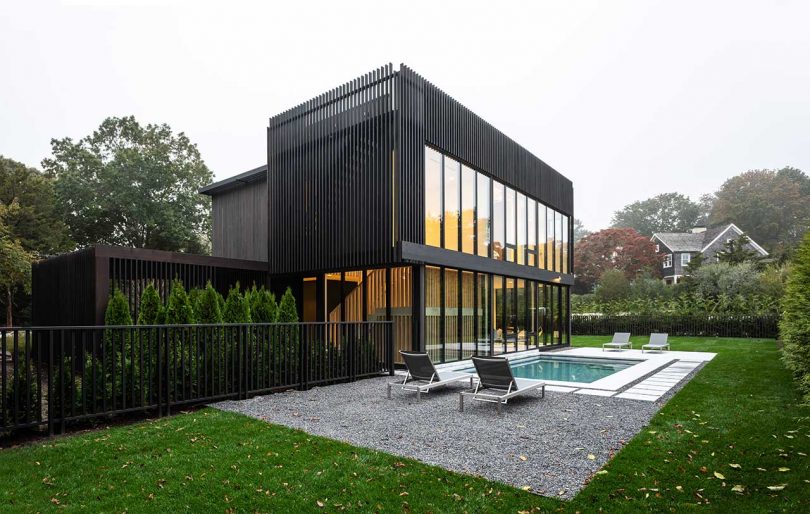 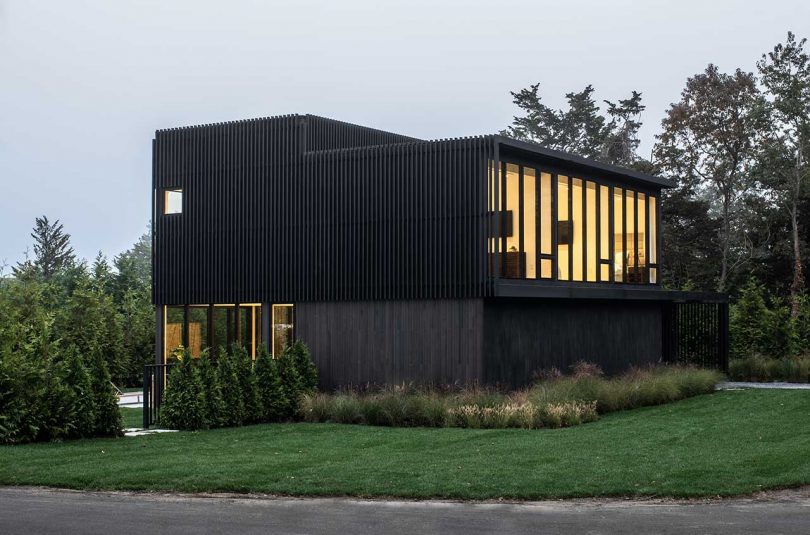 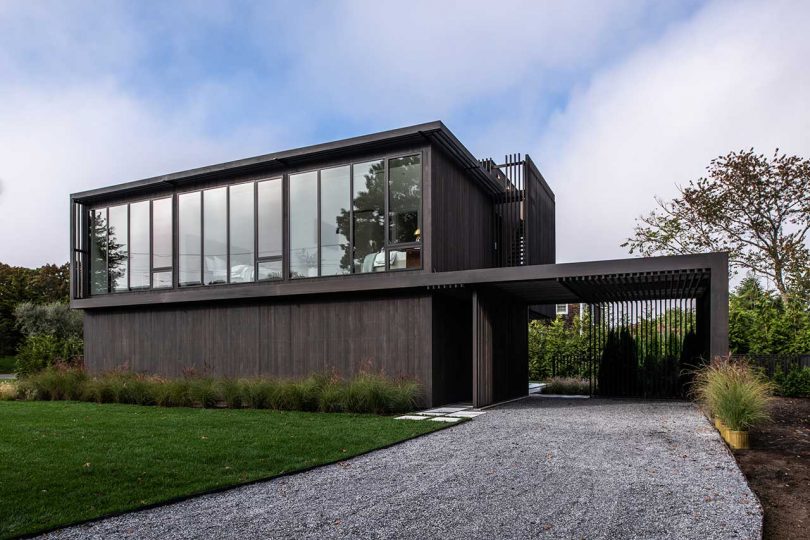 The front of the house has a privacy screen on the ground floor since it faces the street, while the upper floor features Marvin Modern windows resembling the ones around back. 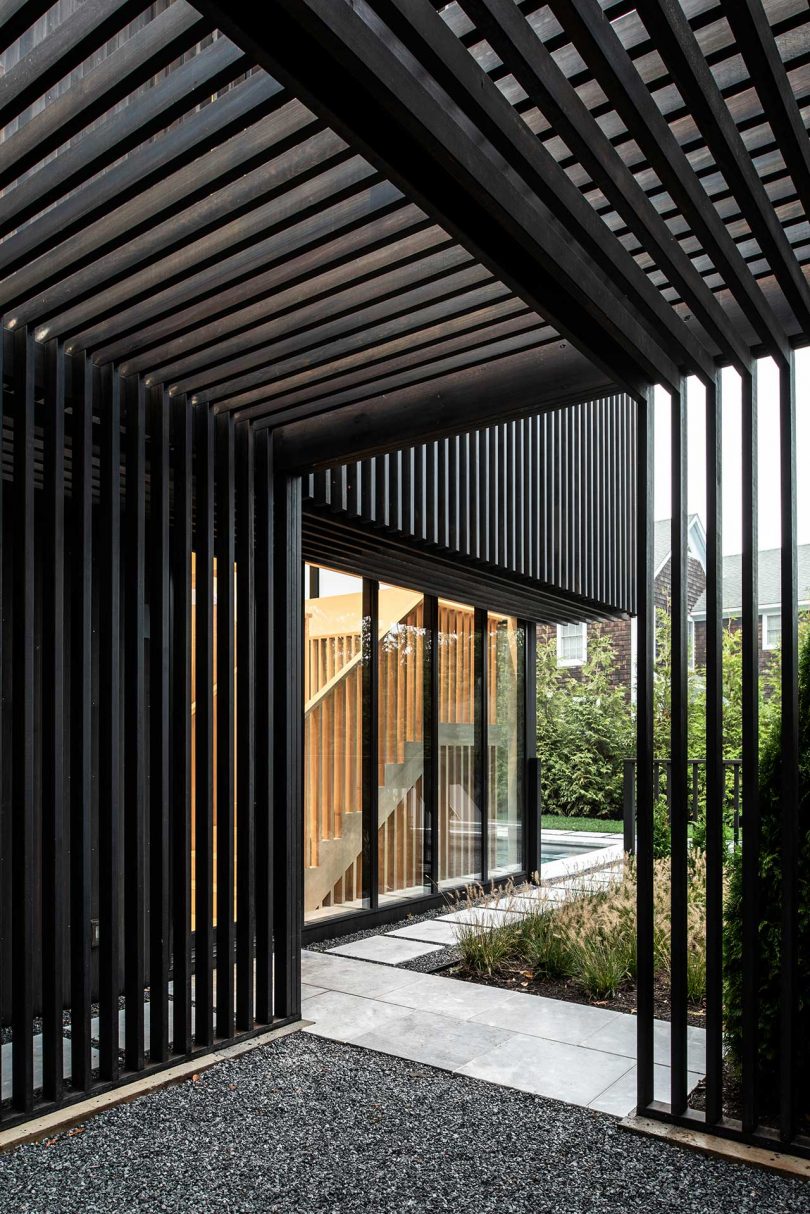 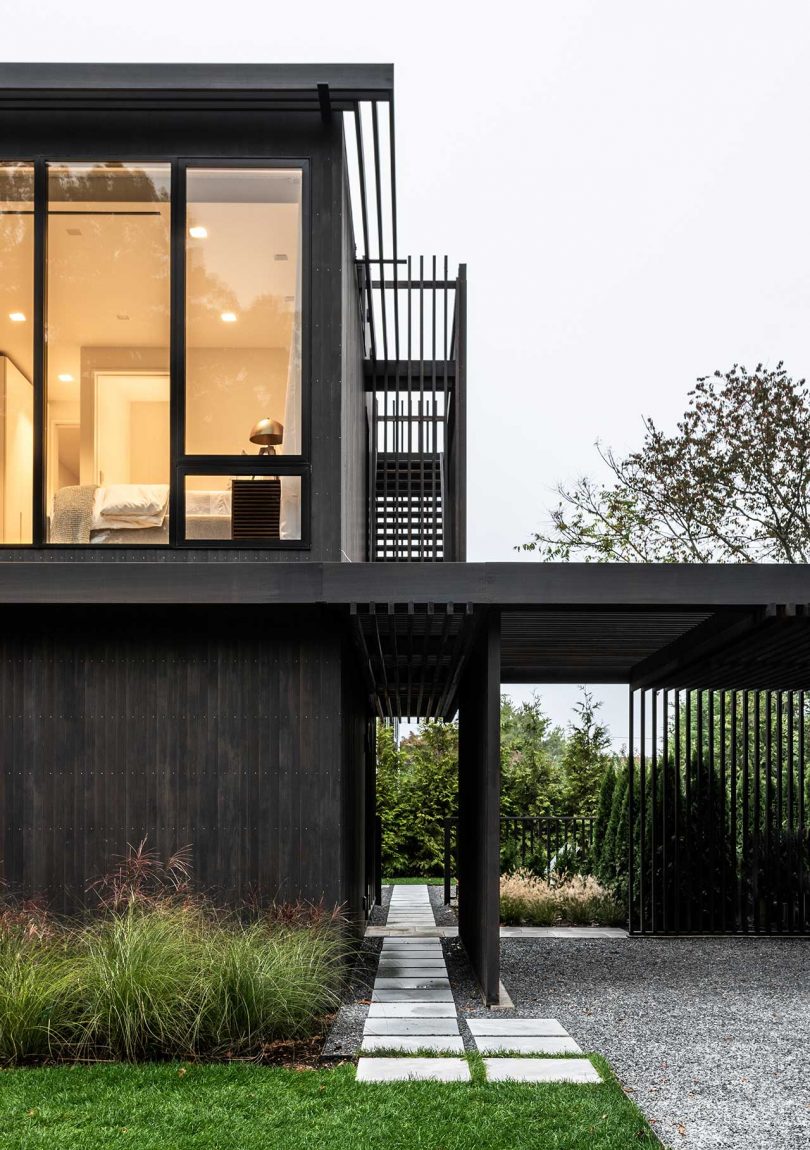 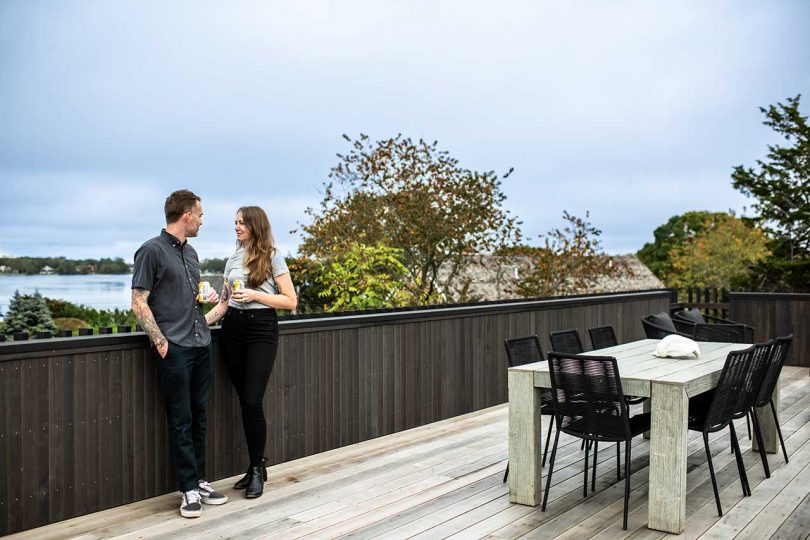 Since the lot didn’t have direct water views, The Up Studio created a rooftop deck adding extra square footage and desired view. 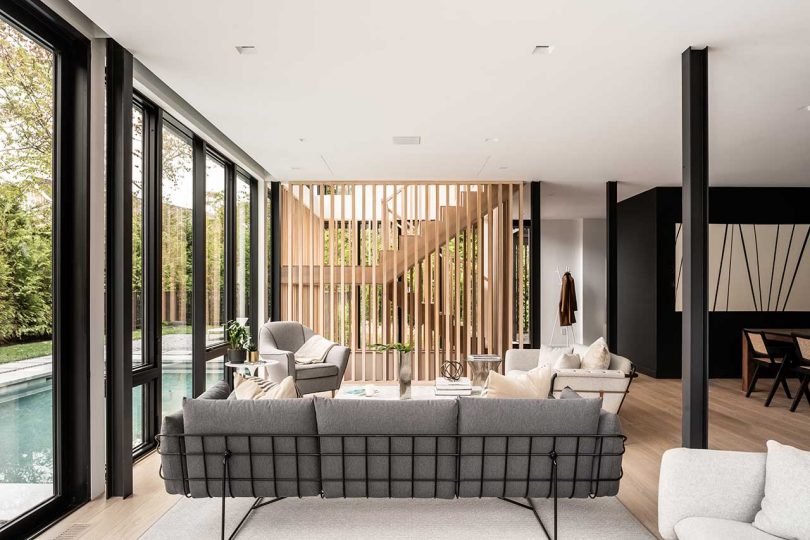 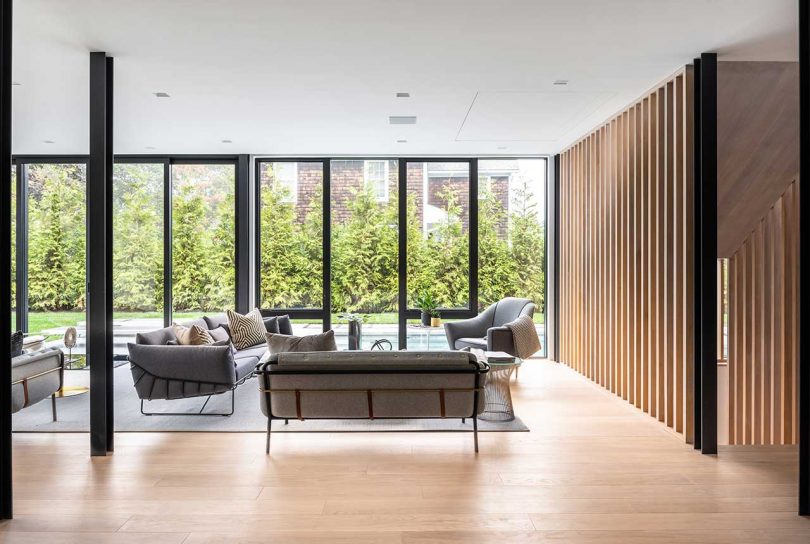 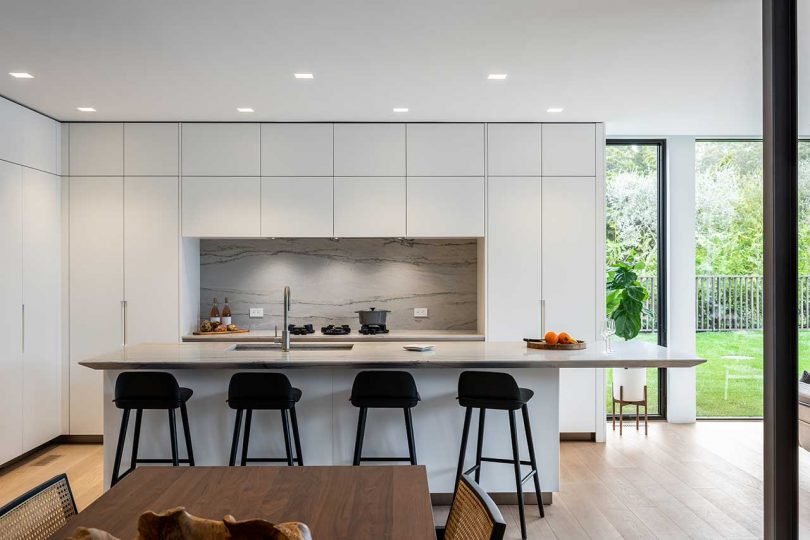 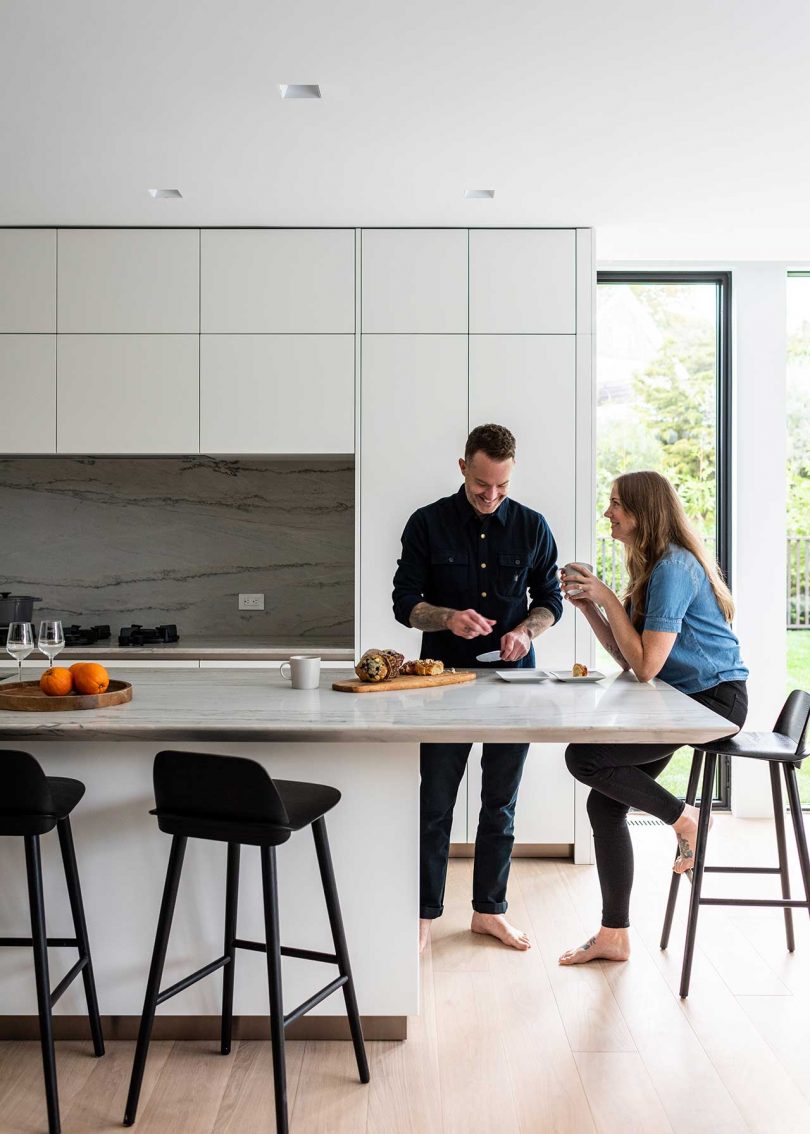 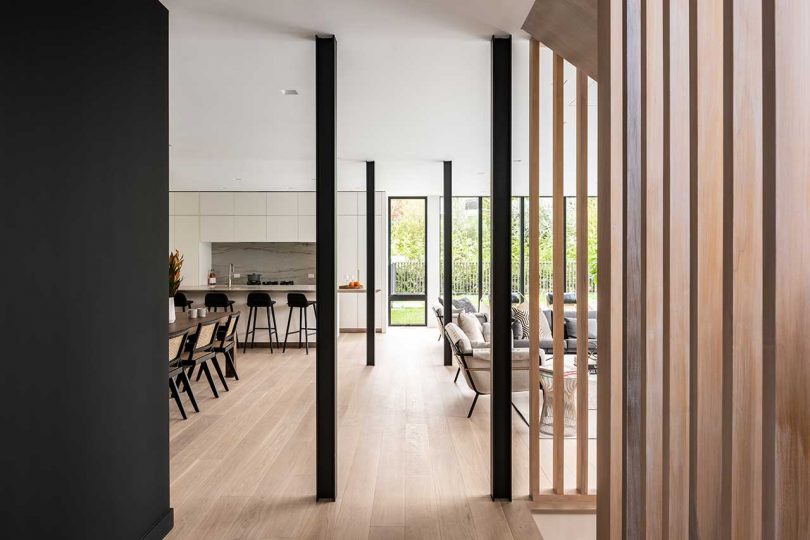 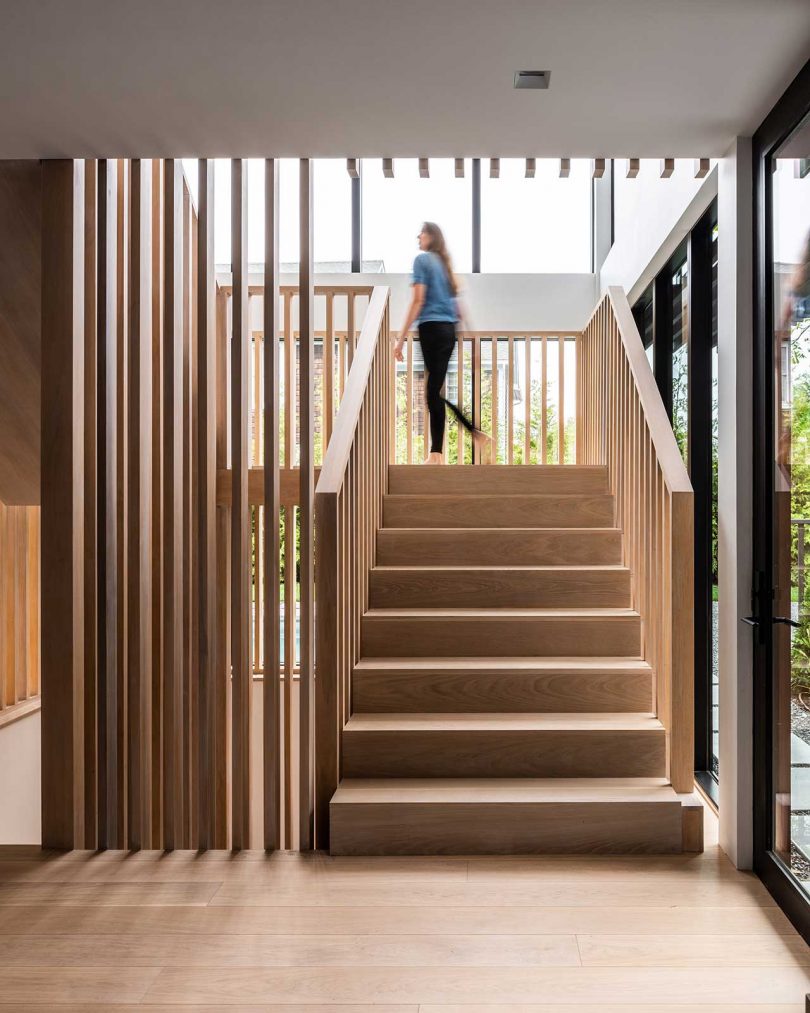 A custom wooden staircase unites the three levels while continuing the use of vertical slats. 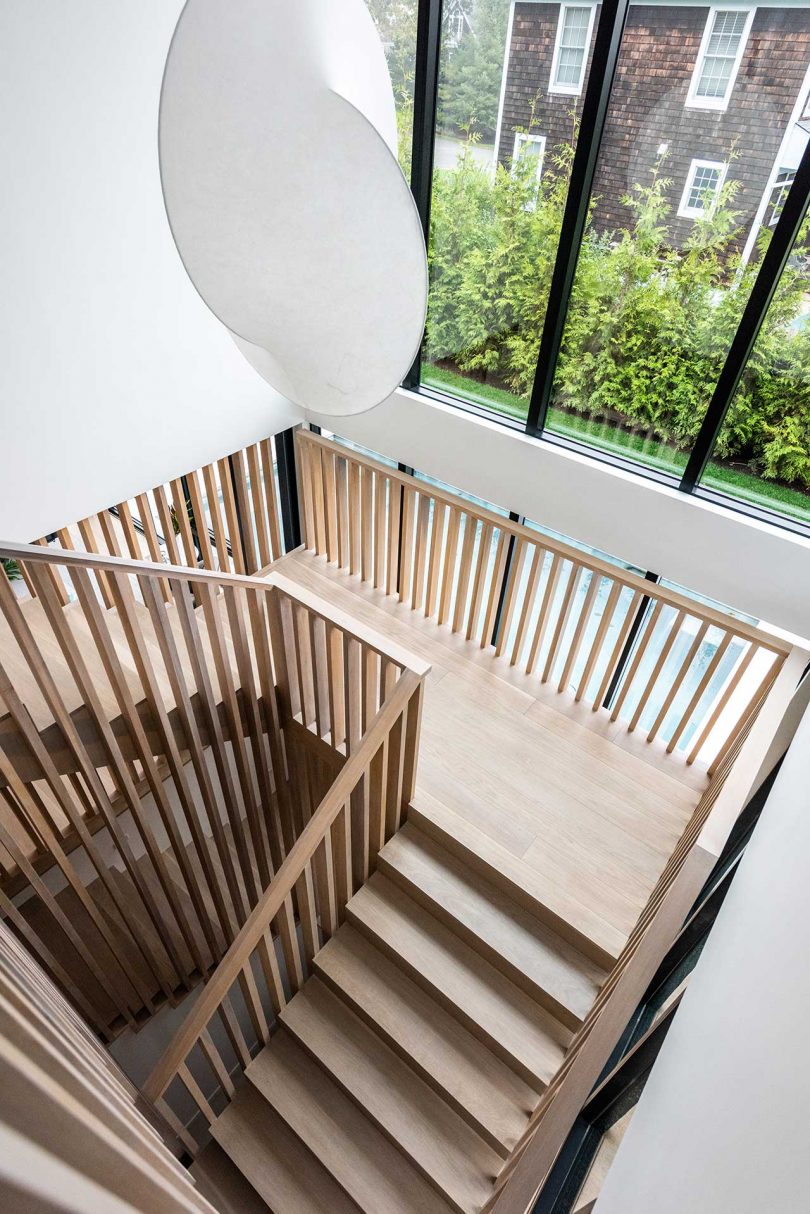 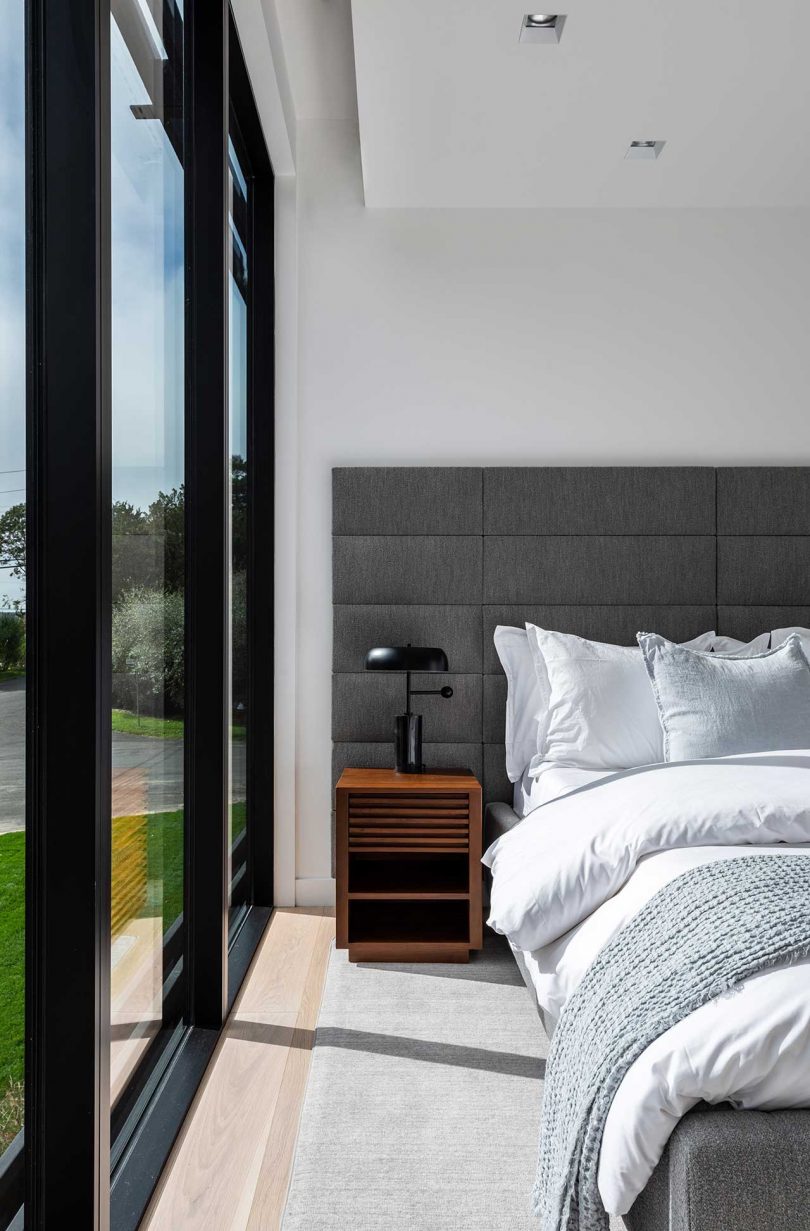 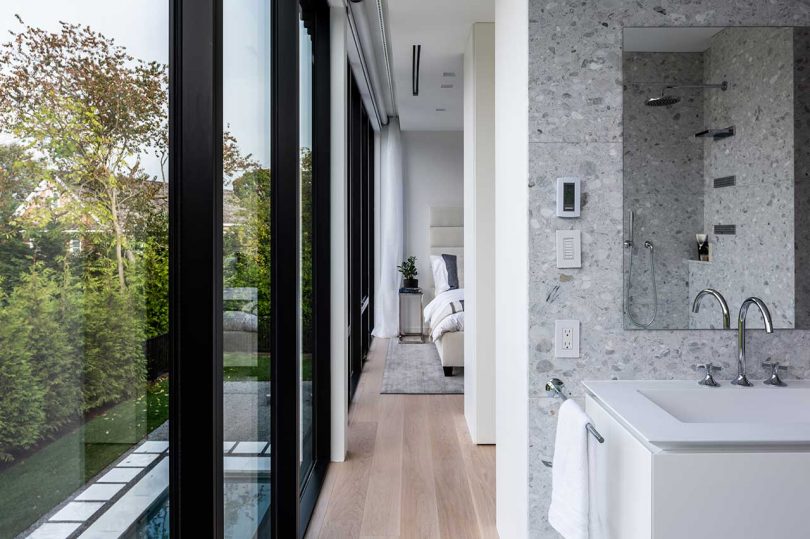 Functional and beautiful are two adjectives that have summed up the aesthetic of Georg Jensen’s designs since 1904. The Sky collection, perfect for entertaining whether it’s two guests or twenty, is full of the Art Nouveau lines Jensen is known for, only vibrantly updated for today. The striking stainless steel silhouettes of each piece are...

For those who cannot be with their loved ones over the up-and-coming holiday meals… consider sending some truly unique and unexpected sweets that strike conversation and intrigue. London-based chocolate company BRIK is breaking the mold with its approach to chocolate. Headed by Danish designer Kia Utzon-Frank (great niece of Sydney Opera House architect Jørn Utzon)...