This week’s Milkshake guest is Ivy Ross, VP of Hardware Design at Google. Over the past four years, Ivy has overseen the launch of over 35 products and is largely responsible for Google’s new design aesthetic, which can be described as tactile, colorful, and bold. In addition to her work at Google, Ivy’s innovative metal work in jewelry can be found in the permanent collections of 12 international museums. Previously, she held executive positions at Calvin Klein, Coach, Gap, and Mattel. In this interview, Ivy delves into the relationships between design, art and science, how she unwinds outside of work, and more.

One of the many products Ivy and her team have brought to market recently are the AI-equipped Google Pixel Buds. Stemming from the idea the earbuds should be unobtrusive during daily activities, the Pixel Buds feature a circular design that rests naturally in the ear. The wide range of color offerings, from mint green to white, is indicative of Google’s new design language, which is spearheaded by Ivy. 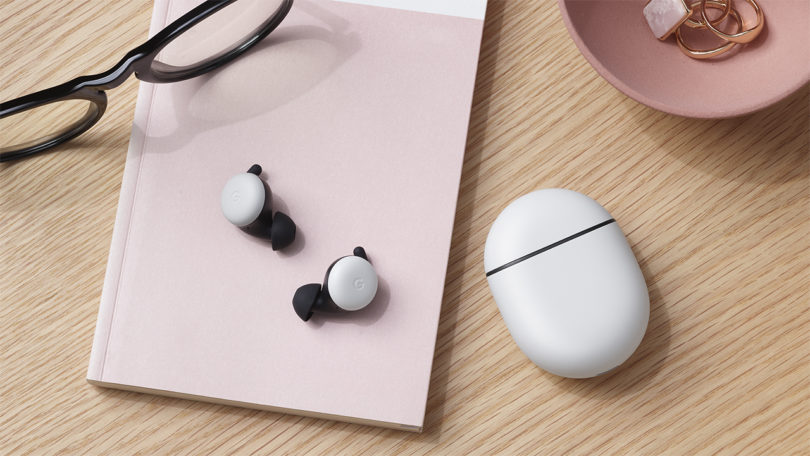 During her Milkshake interview, Ivy delves into the science of neuroaesthetics in relation to design. Ivy’s first formal neuroaesthetics exploration was Google, Reddymade, and the International Arts + Minds Lab at Johns Hopkins’s exhibition at Milan Design Week 2019 called A Space for Being. The exhibition led visitors through a series of rooms while a digital band measured their emotional and physical responses to each space to determine which room the visitor felt most “at ease.”

View Ivy’s DMTV Milkshake episode above, then check out the rest of the series here.

We’re a bit googly eyed over Fatboy’s Toní collection that’s ripe and ready for summer enjoyment! This boldly designed series of outdoor furniture is bound to become a new classic with its two bistro chairs, two tables, and fun accessories. Designed in collaboration with Erik Stehmann, Fatboy has reimagined the bistro chair by replacing its...

5 Eco-Friendly Sunglasses You Can Feel Good About Wearing

It’s the middle of summer for many of us which means we need to protect our eyes from the blazing sunlight. Instead of selecting basic frames, we dove further to look for cool brands that make eco-friendly sunglasses out of materials like recycled plastic bottles, old skateboards, discarded marine plastic, cork, and reclaimed wood. Since...