When Tom van Soest was a student at Design Academy Eindhoven in The Netherlands, he developed a way of upcycling waste he found in nearby vacant buildings awaiting demolition. He ground, crushed and mixed this rubble in a homemade industrial blender and, after much trial and error, found a way to create new materials that were both resilient and appealing. On graduation, he established StoneCycling with long-time friend Ward Massa to build upon what he called his ‘WasteBasedBrick,’ officially launched in 2015. The bricks now appear in buildings, in private homes and offices, Starbucks and Cos stores from Amsterdam to New York. We spoke to Massa to find out more. 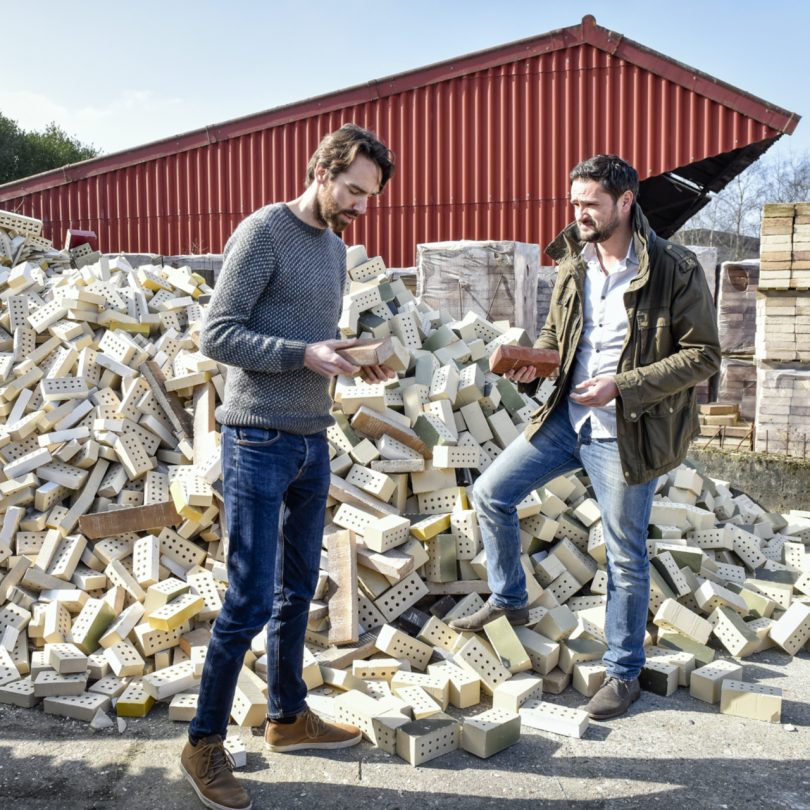 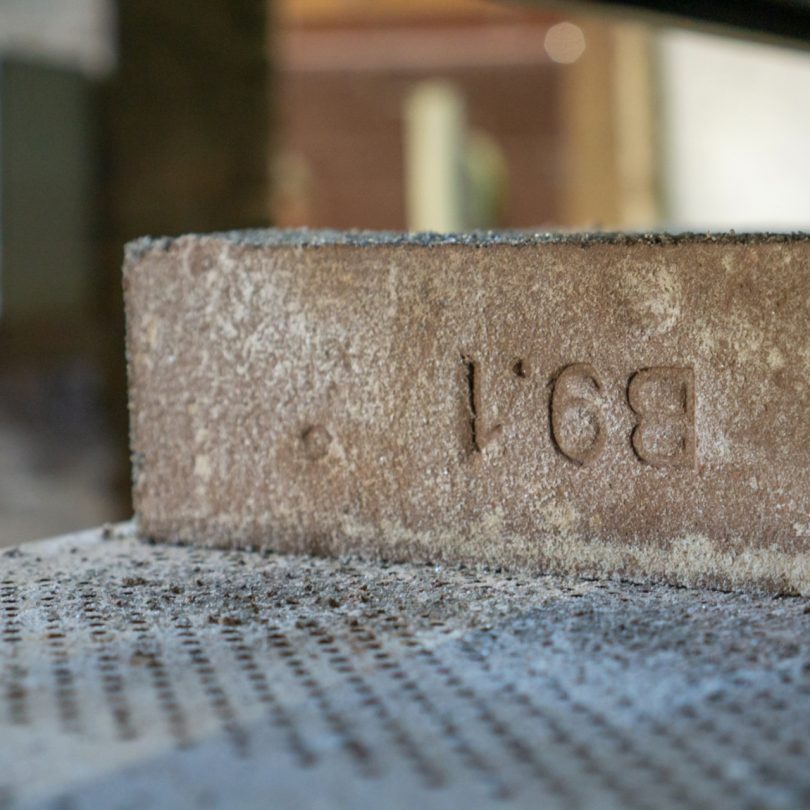 Tell me a little bit about your childhood, education and background in terms of how you first became interested in creativity, design and sustainability.

Tom and I have been friends since kindergarten and we started our first company when we were just 18 years old – a small design studio. We worked together for a few years and then parted ways professionally for almost a decade. In the meantime, Tom studied graphic design and then attended Design Academy Eindhoven, while I completed a Bachelor’s degree in digital communication, a Master’s in political communication – and then studied political science in India for another two years. These years were formative for both of us. Tom developed his skills and design thinking, while I focused on the global systems that shape the world. Tom became concerned about the waste from building demolition during the economic crisis of 2008, while I became fascinated by the Indian concept of ‘Jugaad’, which means something like ‘an improvised or makeshift solution using scarce resources’ – it’s a way of life in India, where washing machines are used to whip up yoghurt drinks, but it’s also an innovation theory that’s becoming increasingly influential in the West. So when Tom approached me after with the idea of creating new materials out of waste, I was intrigued. Having worked together before and knowing our skill sets were completely different (Tom: creative thinker, dreamer, do-er; me: analytic, systematic, entrepreneurial), I knew we would make a great team. 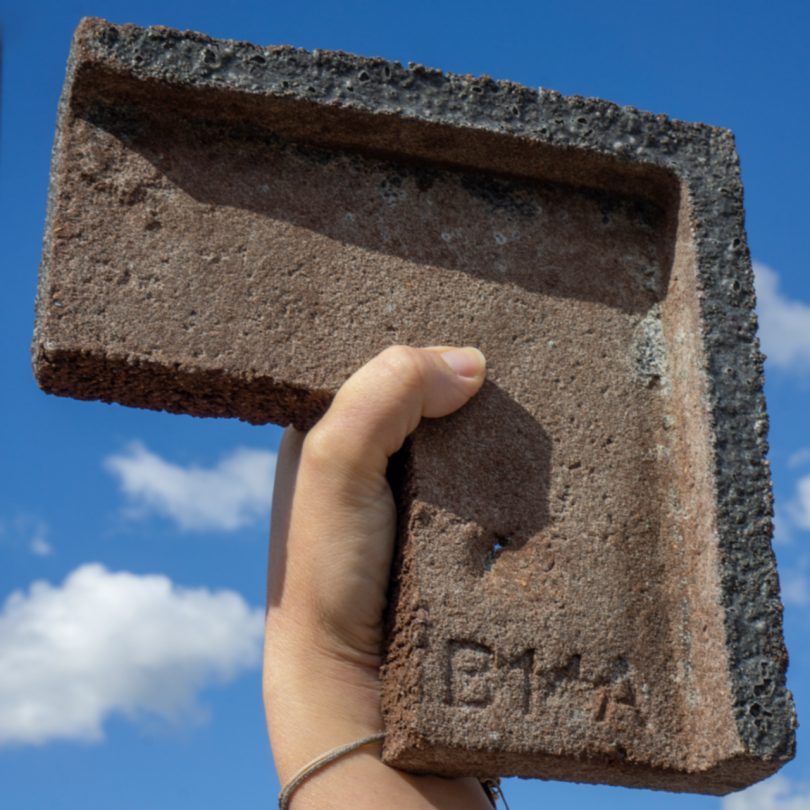 How would you describe your WasteBasedBricks® project?

WasteBasedBricks® are interior and exterior bricks made to the requirements of each project from at least 60% waste. Our mission is to move towards beautiful building materials made from 100% upcycled waste with a positive carbon impact on the planet. The WasteBasedBrick® is the first step but no more than that – there’s still so much more work to do to bring about genuine and lasting change. We invite people to join us on our mission, but we are realistic about the destination: it will take many steps. Maybe too many for this lifetime. But each step is one step closer. 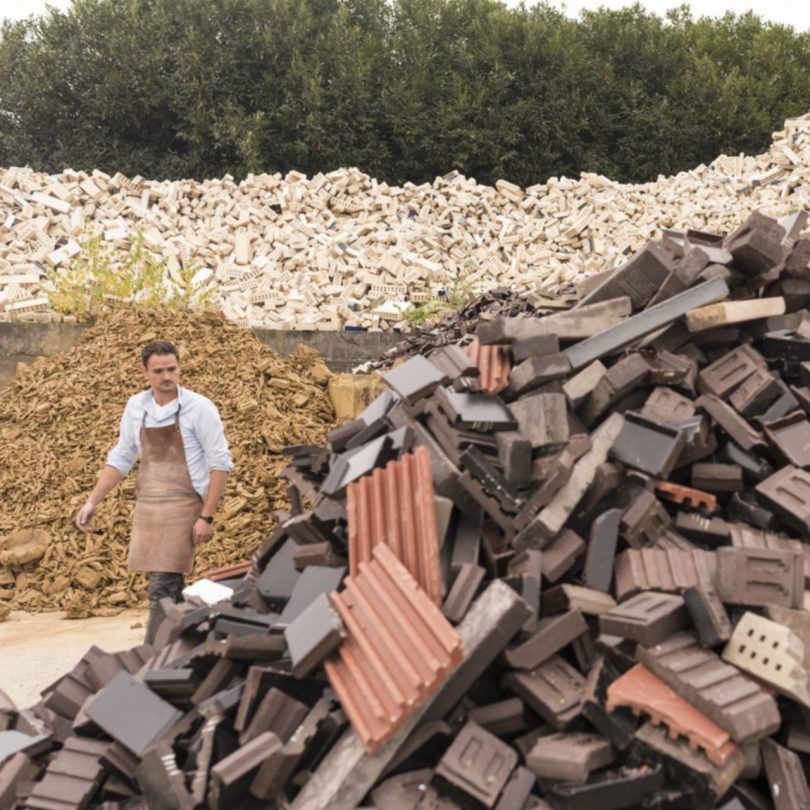 What inspired this project?

Tom was studying at Design Academy Eindhoven when the economic crisis hit its peak. Companies went bankrupt, buildings became empty and were demolished on a large scale. Tom started to wonder what happened to all the waste and didn’t like the answers he found: It is often ‘down-cycled’ into backfill under roads or the foundations for buildings. Since most of the infrastructure in The Netherlands is in place, we can’t use it all, so it is transported to other countries or dumped up in landfill sites. There is not a single definition for construction and demolition waste and it can contain many different materials – concrete, ceramics (toilet pots, sinks, tiles, bricks), steel, wood, gypsum and glass are all common. Construction and demolition waste comprises about 30-40% of all the waste we generate in most European countries – in the Netherlands this is 25 million tons each year. Virgin materials such as like construction sand and high-quality clay are running out – the construction industry requires grain sizes and rough shapes that are only found in river beds, lakes and the oceans – desert sand is too smooth. Construction sand has become such a scarce resource that even sand-rich countries like Saudi Arabia import sand. Tom wanted to address all of these issues. 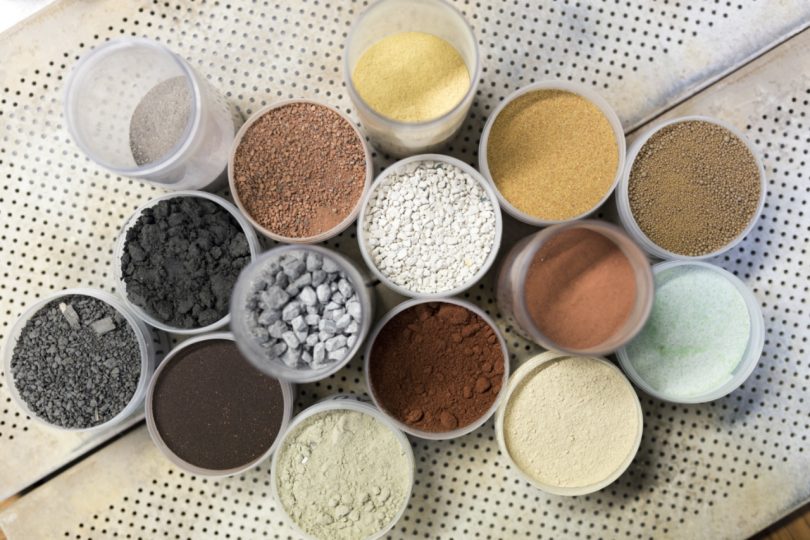 What waste materials are the products made from, how did you select that particular material and how do you source it?

The WasteBasedBrick® is made from 60% upcycled waste materials. Each brick contains mineral waste, most of which would otherwise end up in landfill. We use various waste streams, some of which are mentioned above. 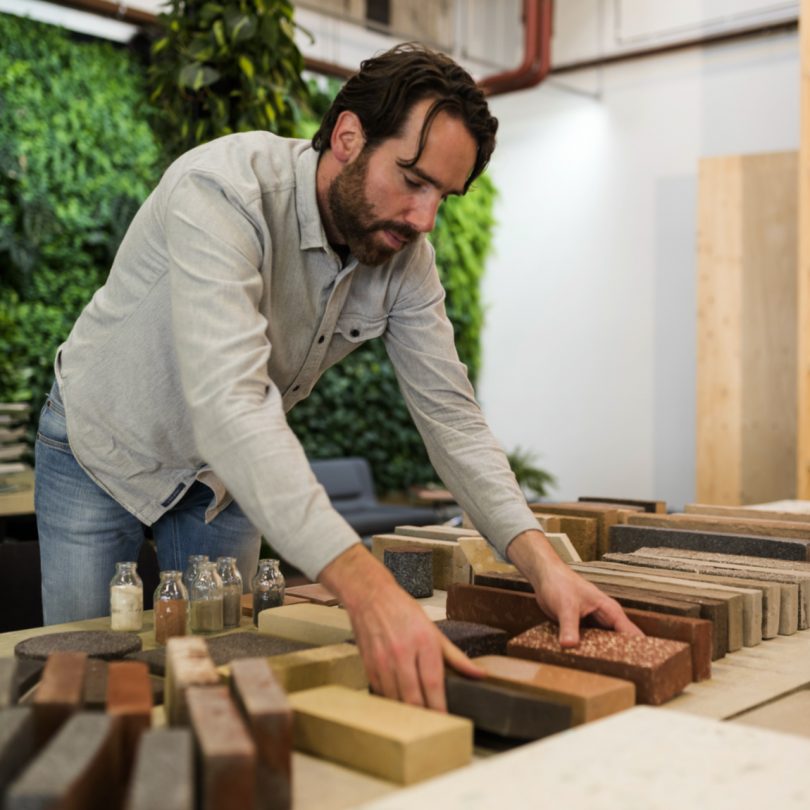 When did you first become interested in using waste as raw material and what motivated this decision?

During Tom’s graduation at the Design Academy. The biggest driver, for both Tom and me, is the idea that, on the one hand, we are producing so many new products from virgin materials – depleting the earth – while, on the other hand, we’re creating so much waste that can have potential value. 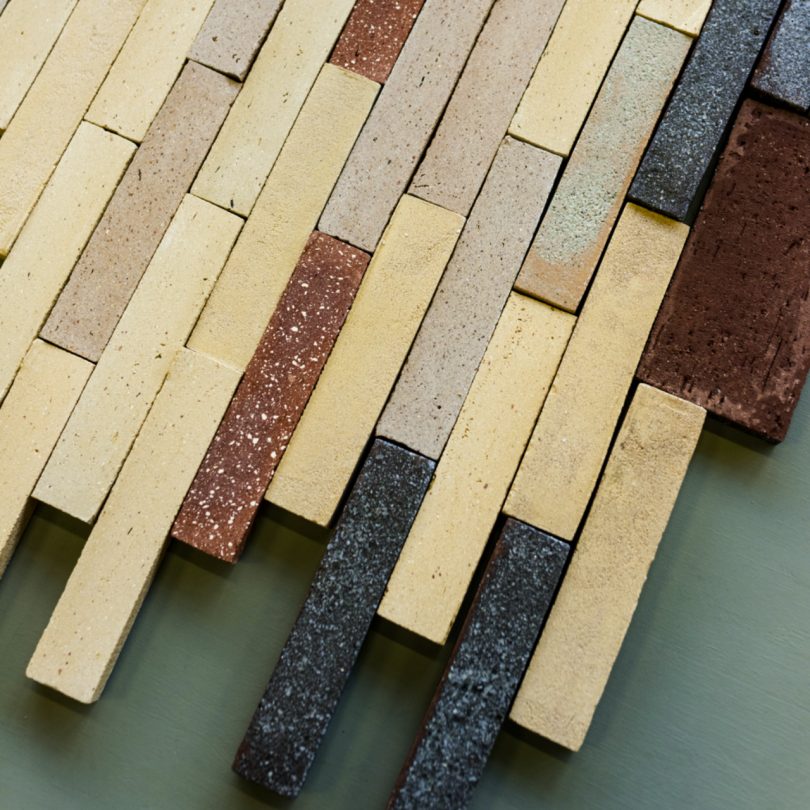 What processes does the waste material have to undergo to become the finished product?

We carefully select waste streams from demolition and the industry that are of the ‘right’ quality for our products. We set up new protocols with our partners in the value chain to make sure we get the material in the right quantity, quality, color and grain size. (In some cases, we have developed an extra ‘cleaning’ process to make sure the material we use is safe, and adds to the aesthetic and technical quality of the WasteBasedBrick®.) We work with established production companies for the production of the WasteBasedBricks® – factories which often have more than 100 years experience in brick making. By teaming up, we can use their vast experience to ensure a perfect product and they can use our innovation power and creativity to innovate their processes. This part is a lot of fun! After mixing the recipe, the WasteBasedBricks® are molded and fired in a kiln. Our recipe allows for firing at a lower temperature and we use 100% forest compensated gas to further reduce our footprint. 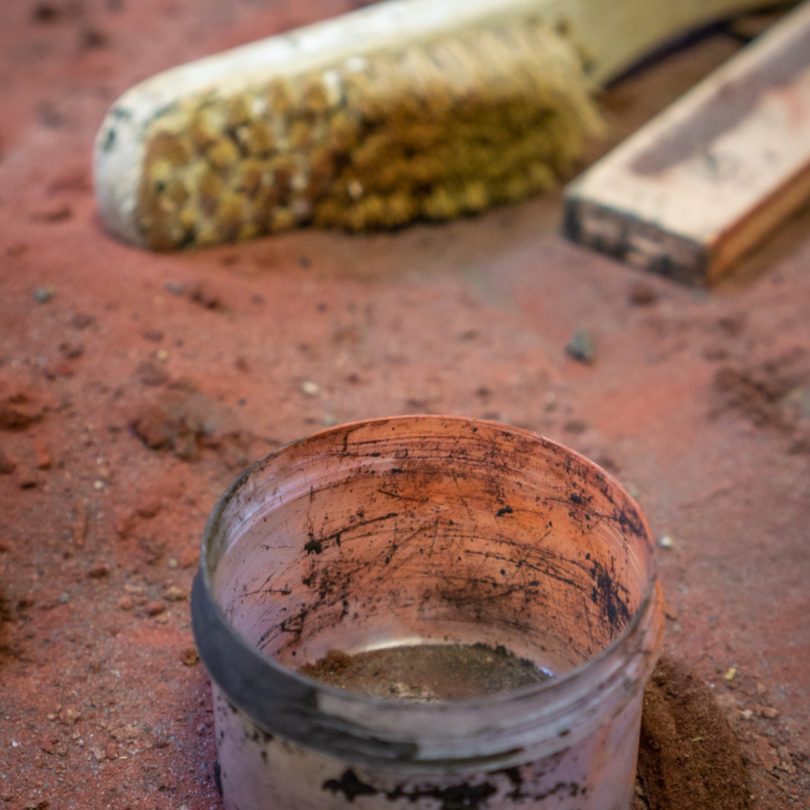 How did you feel the first time you saw the transformation from waste material to product/prototype?

Honestly, Tom tried for over a year in his own homemade lab. He encountered so many challenges that when the first prototypes appeared to be stable, he couldn’t quite believe it! Now, looking back at that moment, it’s hard to believe that this ‘little moment of success’ evolved into a company that collaborates with architects from around the world and is upcycling waste into buildings in cities like Amsterdam, Antwerp, London and New York! 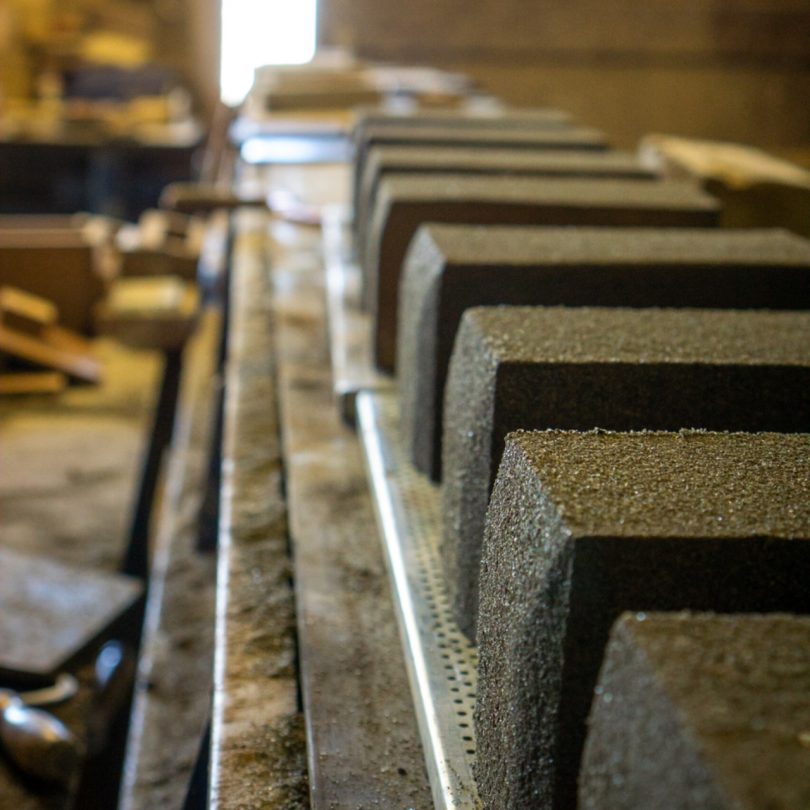 What happens to the products at the end of their lives? Can they go back into the circular economy again?

Yes, absolutely – the product can be 100% recycled and used as an ingredient for new WasteBasedBricks®. 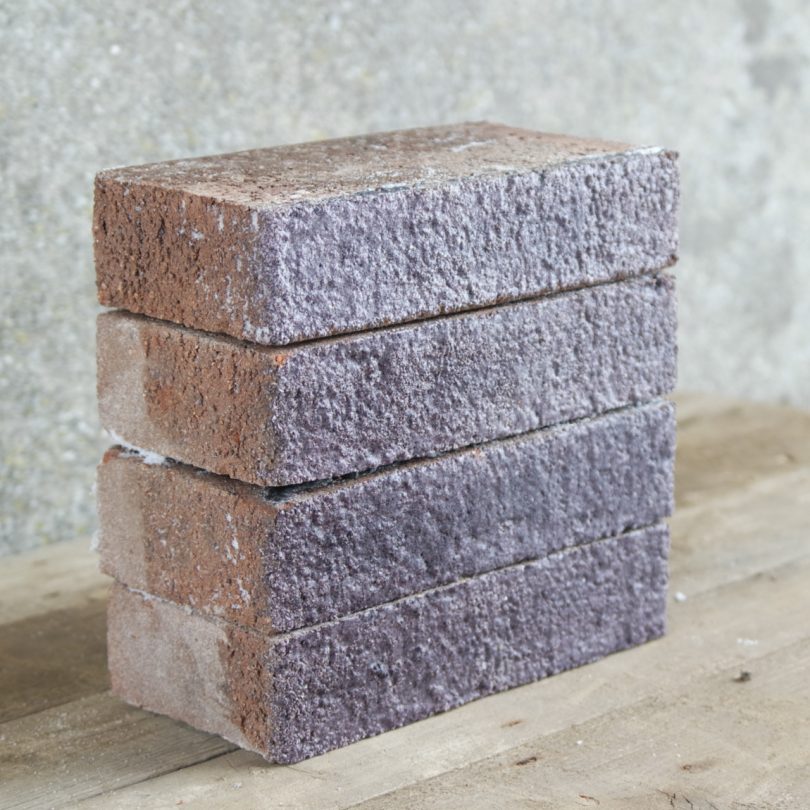 How have people reacted to this project?

Almost everybody likes it. It is a sympathetic project and I think our focus on both design and sustainability is a combination that really speaks to the minds and hearts of people (i.e. the idea that waste is beautiful). 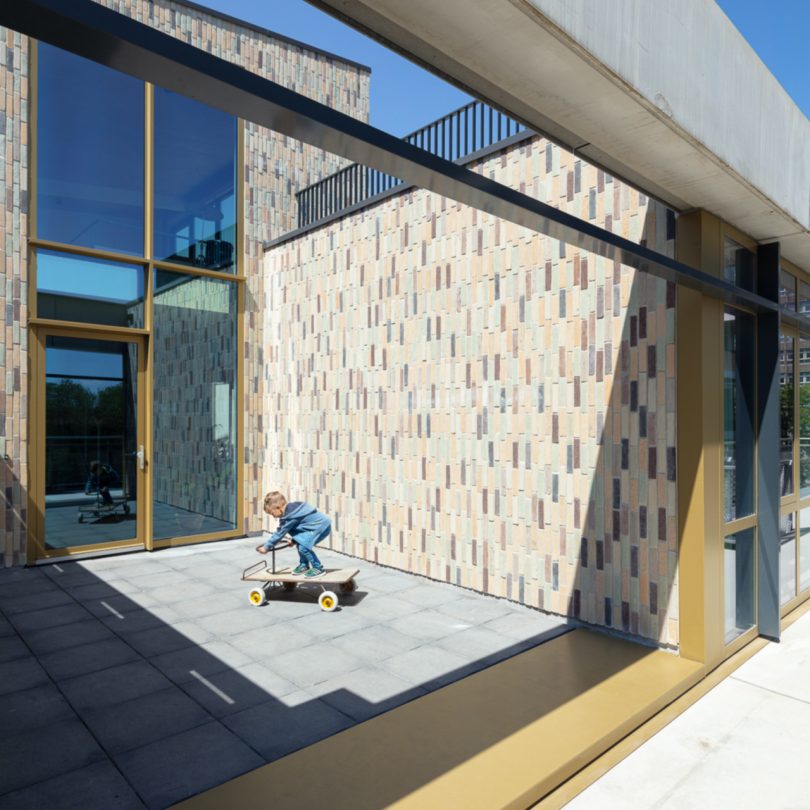 How do you feel opinions towards waste as a raw material are changing?

We started out at the peak of the (previous) economic crisis. In general, the public was not really interested. This has completely changed over the last 10 years. Roughly speaking, we see three phases. First is the sympathy phase, in which the public and potential clients like the idea of sustainability and upcycling, but very few, early adopters, will actually buy your products. We cherish those customers that feel the intrinsic need to transform the way we build and live on this planet. I would say we were in this phase until as recently as last year. Then comes the benefits phase, when governments are implementing subsidies and fiscal stimulation packages to motivate real estate developers to develop sustainable real estate. The extra investments needed for products like ours are compensated by these benefits. We are now in this phase. These are much-needed government programs to really boost the transition. The early majority is waking up and using these benefits more and more. Next will come the penalty phase: governments will implement penalties if you are not creating sustainable real estate. This phase will probably take another 10 years and will motivate the big majority as well. In our opinion there’s only one way forward: governments need to heavily invest in phase two and already hint at phase three. We don’t see another way for this transition to happen. 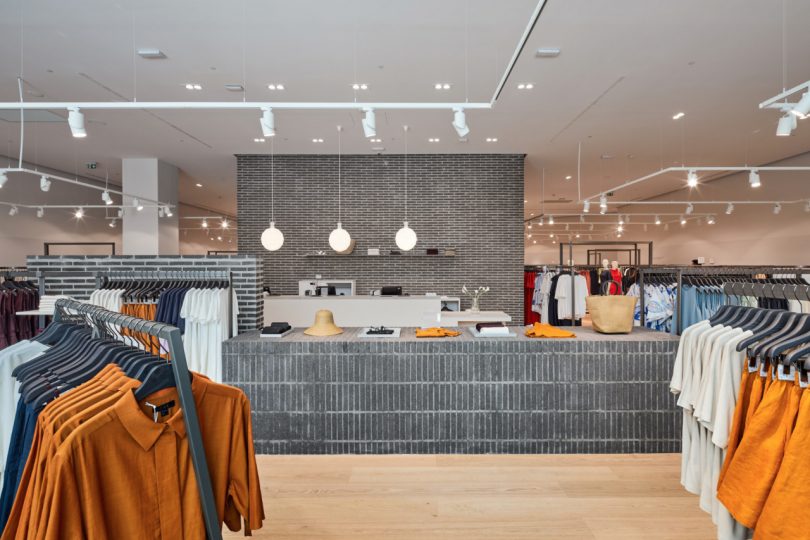 What do you think the future holds for waste as a raw material?

Our production processes are usually based on efficiency and predictability with high volumes and low margins. This only works if you are using resources (mostly virgin) that are always of the same quality. This allows for mass production of the same products everywhere, but this system will not last. It’s not resilient and it’s boring. We expect that using waste as resource will really put pressure on this system. If you have to work with the materials you are confronted with (i.e. waste), your production process has to become more flexible – the result will be more diverse, more colorful and local. This should mean that the role of the architect will become even more important. It will boost creativity because the choice will be vast but also connected to a certain time frame relating to the materials that are available when the building is being built. I think it will become more fun. Exceptions will become the rule instead of standardization. I think the concept of Jugaad will become an important factor in our lives. Let’s learn from India – let’s create a Jugaad mindset. 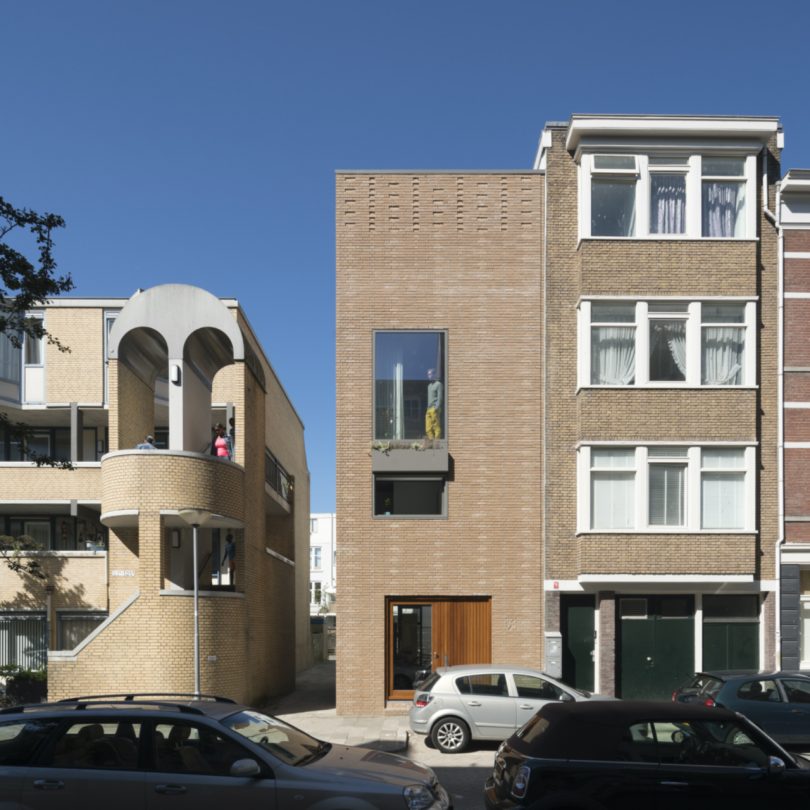 Take Your Pup on a Walk with This Pawness Walk Kit

Everyone with a dog knows that you spend a lot of time walking them — and lately we’ve been glad to have an excuse to get out of the house for a bit. Since it’s something you do so often, you want to make sure all your gear is comfortable for you and your pup,...

HofmanDujardin designed this holiday retreat surrounded by pine trees in Tonden, Netherlands. Named after its location, Villa Tonden offers respite from city life with its framed views of the surrounding natural landscape. The design comprises three wood-clad, house-shaped structures laid out to fit within a small clearing of land while separating out distinct spaces inside...