6 IKEA DUKTIG hacks that are NOT play kitchens

The IKEA DUKTIG. Undoubtedly the king of play kitchens.

Chances are, if you’ve bought the toy kitchen, you would have searched Pinterest for hack ideas and found thousands of IKEA DUKTIG play kitchen pins.

But what if the kiddo gets bored of cooking?

Luckily, the DUKTIG is quite the blank canvas and you can easily transform it into a myriad of play experiences.

(If you want a quick and easy swap, there are many Etsy vendors who sell stick on decals that can change the DUKTIG into a lemonade stand, cafe and more.)

But for the more adventurous, here are a few ideas to inspire you to hack it into something much more than a play kitchen.

Brent and Courtney did a superb job transforming the mini kitchen into a coffee cart on wheels. Can you spot the donut holders?

Give me a donut and an espresso, Connor, while I watch the video of the build process:

Anja’s pop-up store is the coolest — it has RIMFORSA baskets to hold “produce” and a pretty canopy that can be folded away.

In fact, all parts are either removable or foldable. She can push the pop-up store back against the wall in a jiffy and it becomes the old DUKTIG kitchen again. Win!

Here’s a version, more extensive than a pop-up store. It’s more of a play supermarket. Nothing much hacked on the DUKTIG itself but the set-up is fabulous.

Over at our FB group, Tessa shares the ice-cream stand she made for her toddler.

Another version of a delicious looking ice-cream stand.

And yet another, complete with a cute striped awning and chalkboard front. Because we need to know the flavor of the day. See the tutorial here.

This is Yoshibo‘s take on the DUKTIG, turning it into a cafe. I like the small frosted “window” that hides the “backend” of the cafe and the small wooden shade. Classy little thing.

Tiffanie’s version leans towards the natural. It definitely captures the organic vibe with fresh plants, shiplap contact paper and a handwritten signboard. A letterboard completes it.

Or go all the way and make it a full-fledge diner. I dig the accompanying checkered table cloth. Can’t go wrong with this one.

How pretty! Fresh bouquets for sale.

Why stick to one when you can have a cafe, ice-cream parlour and lemonade stand all in one?

As a bakery above and an Italian restorante below

Take a leaf from Hue Me Happy and paint the back of the kitchen in black chalkboard paint. Your kids can then write signs, menus and draw up their store logos too. Kids will come up with their own favourite versions of the DUKTIG. See the full tutorial here.

Have you hacked an IKEA DUKTIG play kitchen into something else lately? Share it with us.

This post contains affiliate links to products referenced in these hacks. IKEAHackers earns a small commission from qualifying purchases, at no extra cost to you. Thank you for supporting IH.

The post 6 IKEA DUKTIG hacks that are NOT play kitchens appeared first on IKEA Hackers.

Old wardrobe gets second life as a retro arcade machine

IKEA TRYSIL wardrobe saved from landfill and converted into a retro arcade games machine. We were dismantling our son’s TRYSIL Wardrobe to remove it from his room. It had been good wardrobe but the backing had started to continuously fall away. It had some slight damage during dismantling and would have become landfill apart from...

A beautiful design idea for the IVAR cabinet with doors

A wall of IVAR cabinets with doors engraved is astonishingly captivating. Because IVAR is real solid wood (unlike a lot of flat-pack cupboards), it makes a great blank canvas for CNC machining work and engraving. IKEA items used: IKEA IVAR cabinets in 30mm (12″) and 50mm (20″) depths. IVAR cabinet | IKEA.com Other materials and... 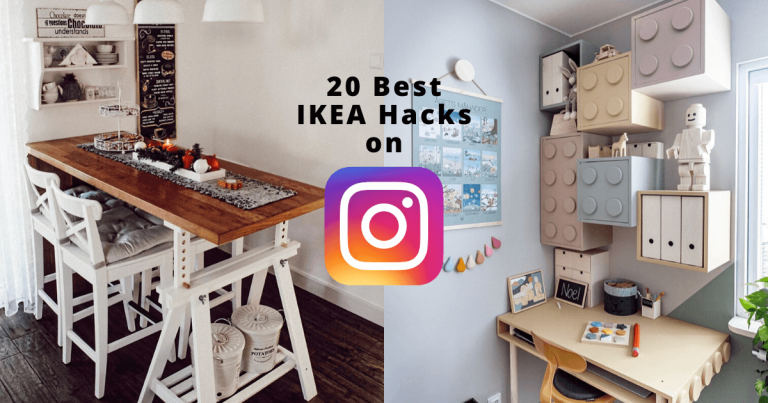 It’s been a while since I last did a round up of my favourite IKEA hacks on Instagram. And since then, the number of IKEA hacks on IG has grown leaps and bounds. When I did a search, I found over 280,000 posts on #ikeahacks! So, before the year ends, let’s dive in and check […] 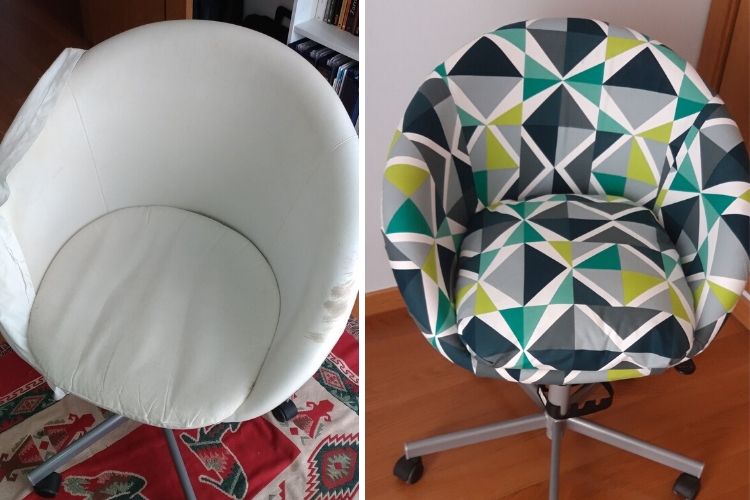 Cover the plain white SKRUVSTA chair with a pop of color! I was searching OLX Portugal website, for a chair for my home office. But I didn’t want a standard black office chair and I didn’t want to spend a lot of money since I am refurbishing other parts of my house. Then, I came […] 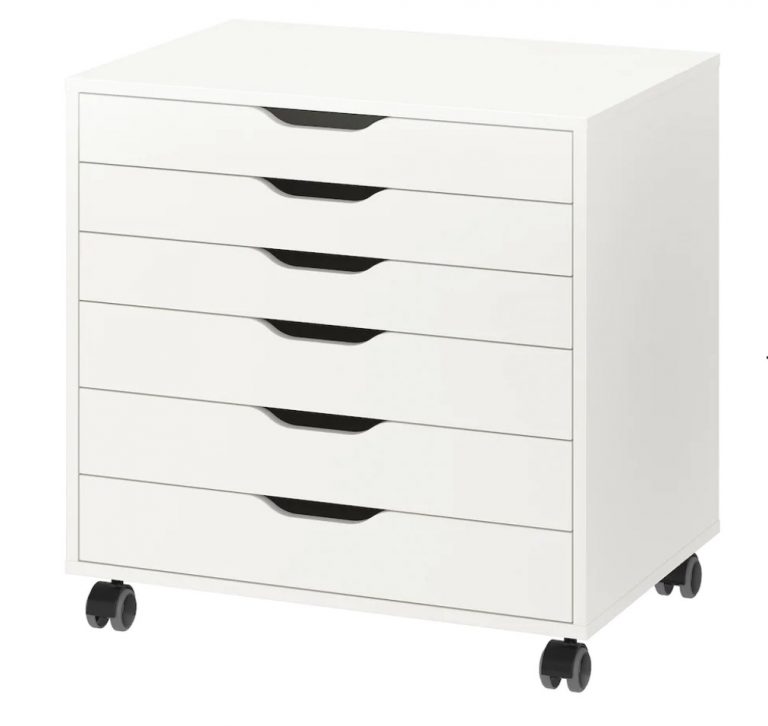 Q: Can I find full extension drawer slides for ALEX?

How to extend the ALEX drawers fully? I have an ALEX Drawer unit on casters, and I really like it. It fits perfectly where I have it and the casters make it perfect as an extra table top when I need it.  ALEX drawers on casters | IKEA.com However, I hate that the drawers don’t […]

Get The Best Deals on Chandeliers, Lighting and Home Decor. Get up tp 50% Off This Festive Season. Dismiss