Homeowners that had previously resided in a large house with a manicured landscape enlisted Seattle-based Christopher Wright Architecture to design Kayak Point House, a new home that celebrates the lush foliage the Pacific Northwest has to offer. The home’s design is informed by several preserved large cedar trees on the plot and is inspired by the Swiss heritage of one of the owners. 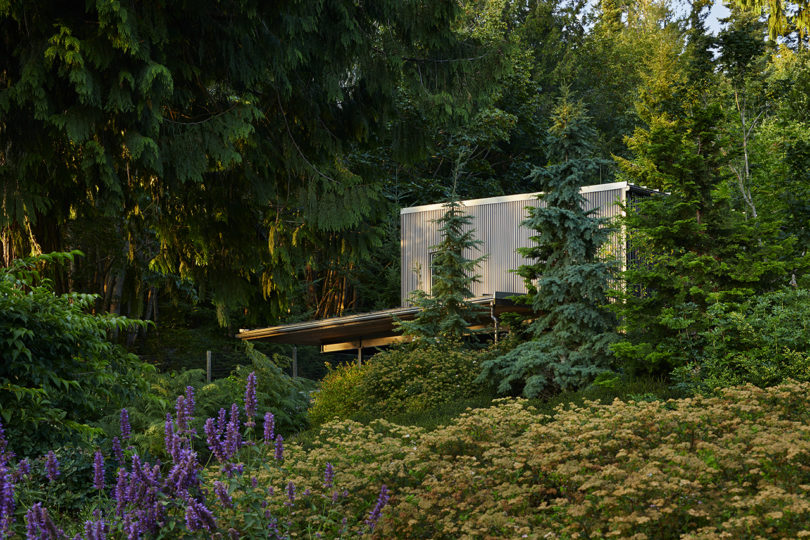 Due to the desire to keep the large cedar trees intact, the central section of the structure was given two large steel beams that help suspend the entryway and study instead of a traditional foundation. This effect creates a bridge between the bedrooms and living areas. 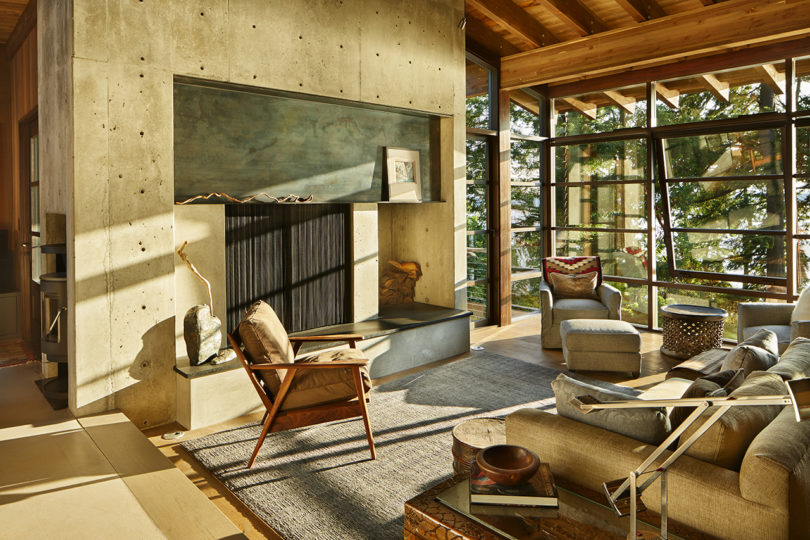 The home was designed as a single-level space to further enhance its connection with nature. 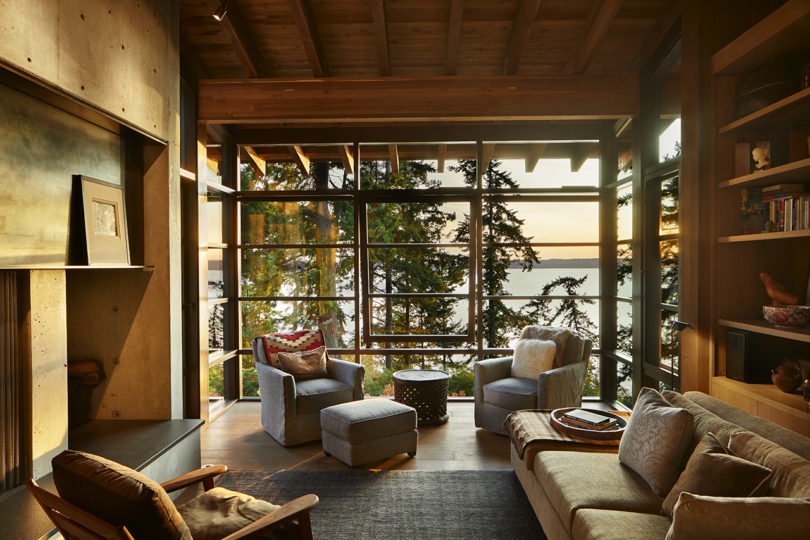 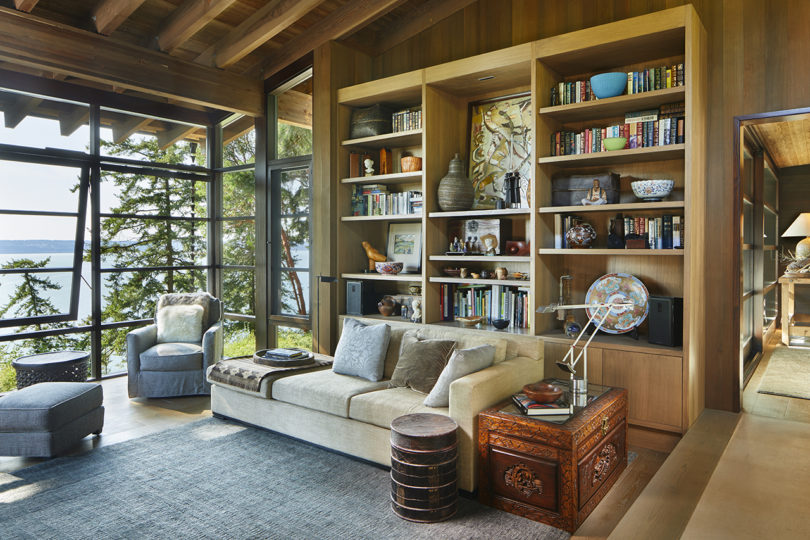 “We wanted to create a home that seems to belong where it is–as if it could have always been there–but does not necessarily blend or disappear,” explains Wright. 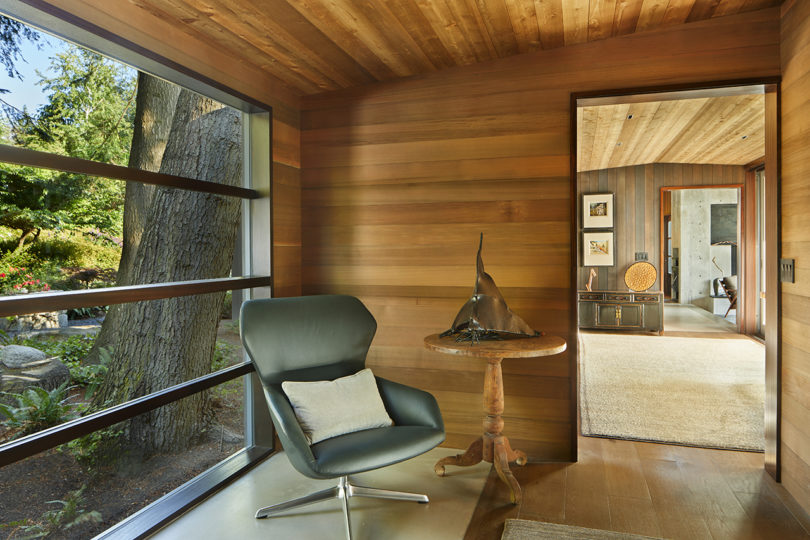 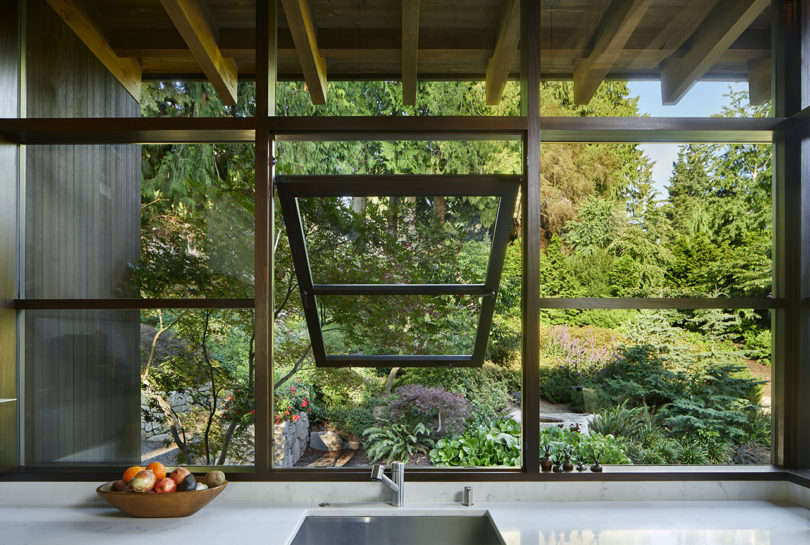 Along these lines, the interior plays with light in a such way that makes it feel as though you are connected with the outdoors at all times. 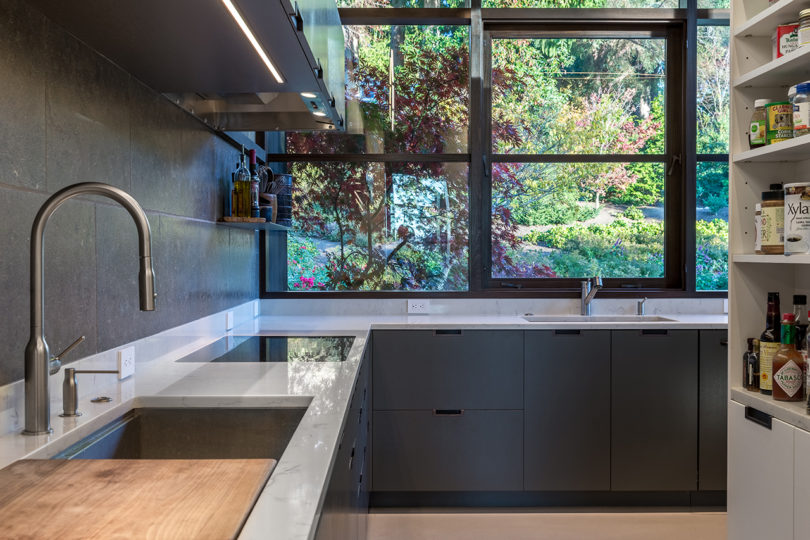 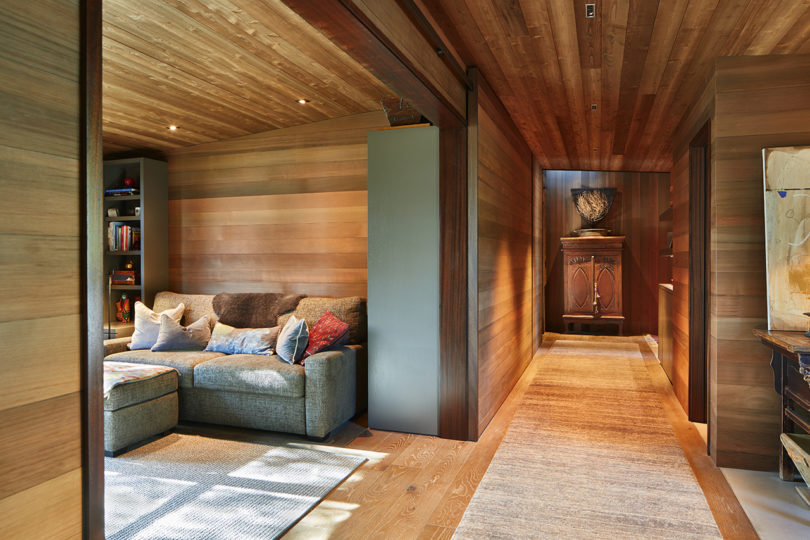 Communal areas in the home include a European-inspired kitchen adjacent to an informal dining nook, a sitting area by the fireplace, a sunny space to relax while overlooking the landscape and an outdoor space ideal for viewing the sunset. 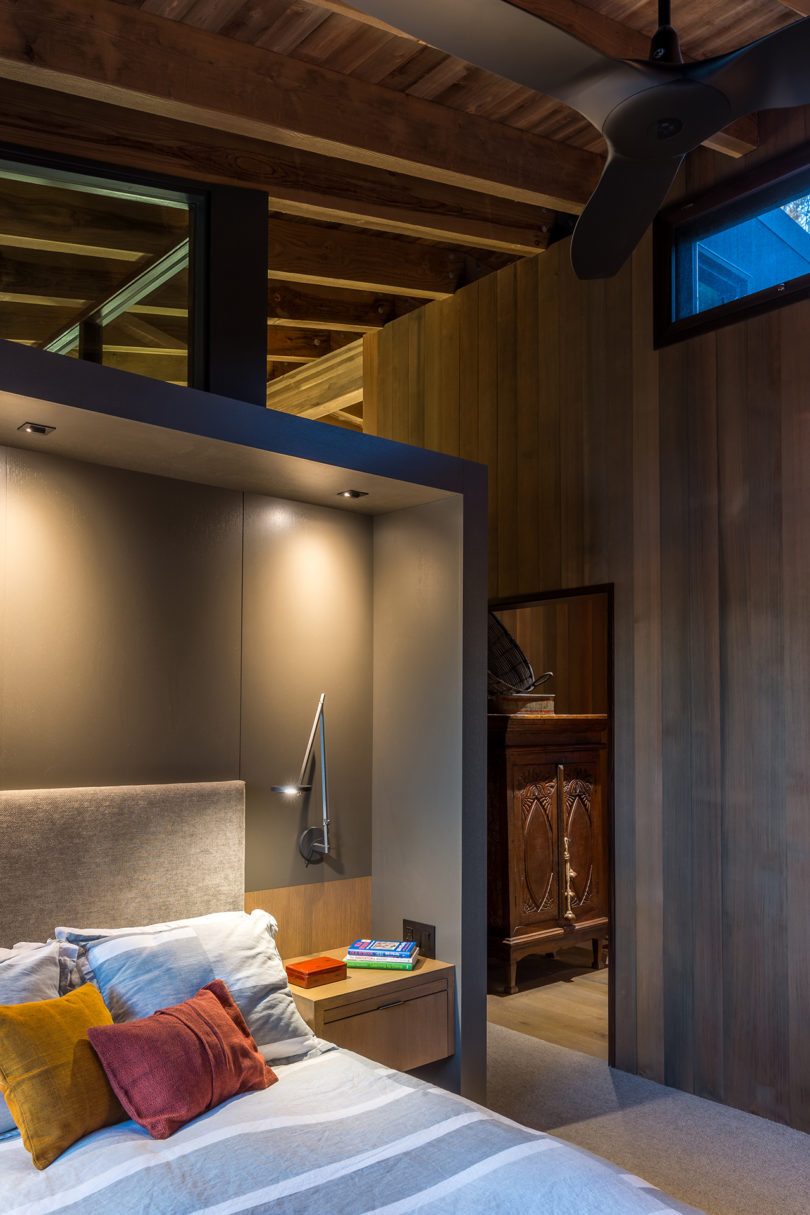 Living quarters are at the opposite end of the space for added privacy. 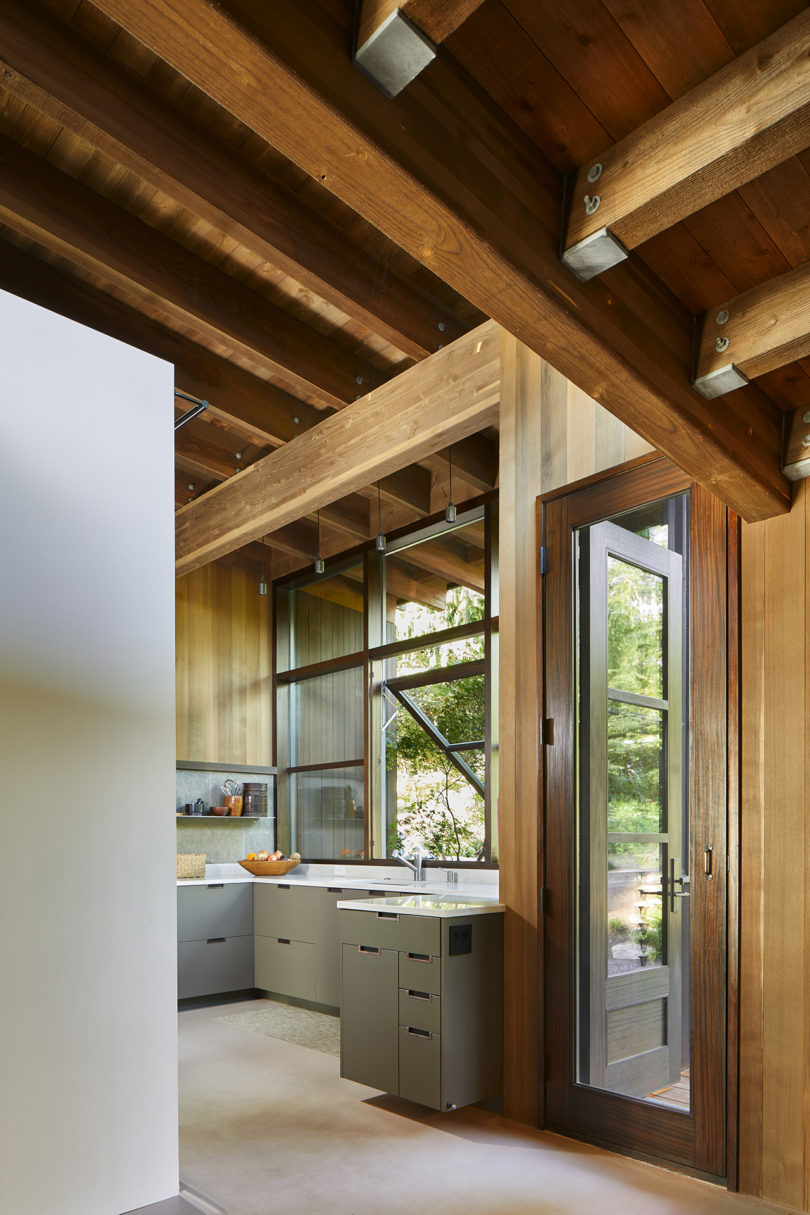 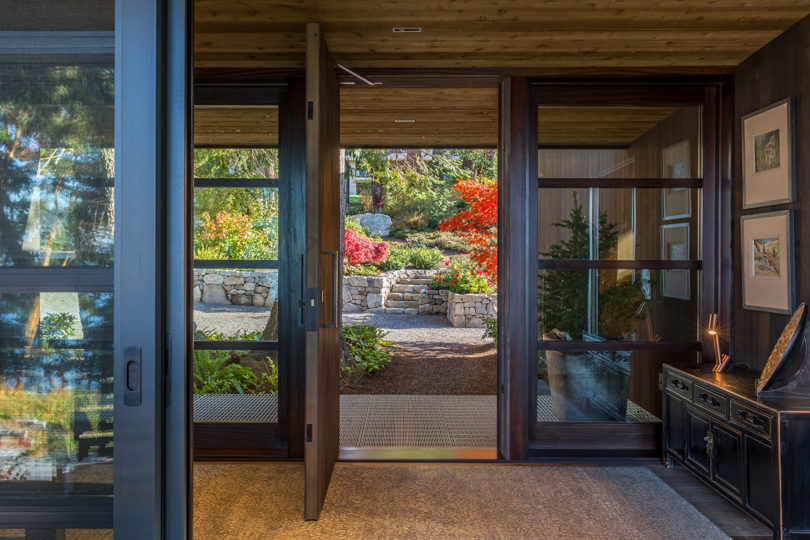 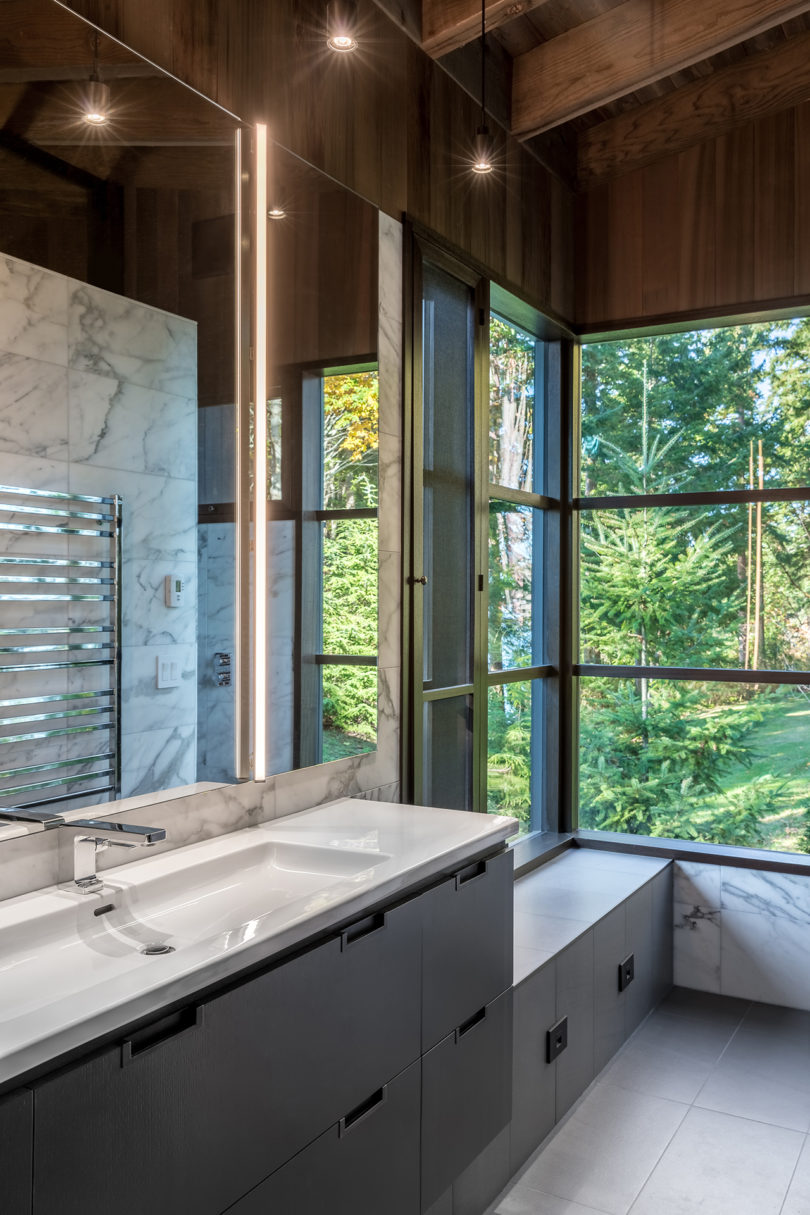 We All Should Be Practicing Play!

Dear Human, the collaborative efforts of Jasna Sokolovic and Noel O’Connell, have been creating work that welcomes play since 2010, and they continue to do so with the Practicing Play collection. This three-part collaboration with Papertile rethinks various ways that their recycled paper forms can be enjoyed through Practicing Play, TOTem, and Seats For One....

Harness the Power of the Environment With the Iceberg Sofa

Through the creation of their Iceberg Sofa, furniture brand Fnji harnesses the power of design to help give voice to the environment. With a focus on global warming and the harm that accompanies it, they continuously use their brand and designs to bring awareness to the environmental protection our planet so desperately needs. Directly inspired...