From a distance the silhouette of the newly unveiled adidas Futurecraft STRUNG share a semblance to several of the brand’s current 3D printed cushioned 4D sneakers. A closer inspection reveals an intricate and layered thread woven design unlike anything currently on the market – the first athletic shoe made using software and robotics to precisely place every thread according to athlete data. 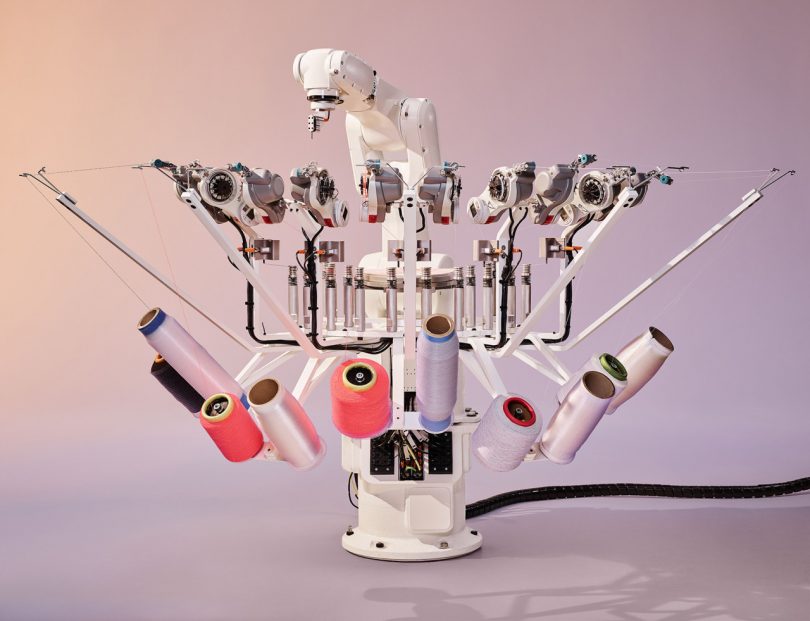 Using additive manufacturing and robotics, the STRUNG forgoes a traditional woven or knitted upper for a performance upper where every thread of the shoe is precisely – horizontally or vertically – layered into a seamless fit. The process not only results in a precisely fit shoe, excess material that normally goes to waste while making traditionally manufactured shoes is eliminated. 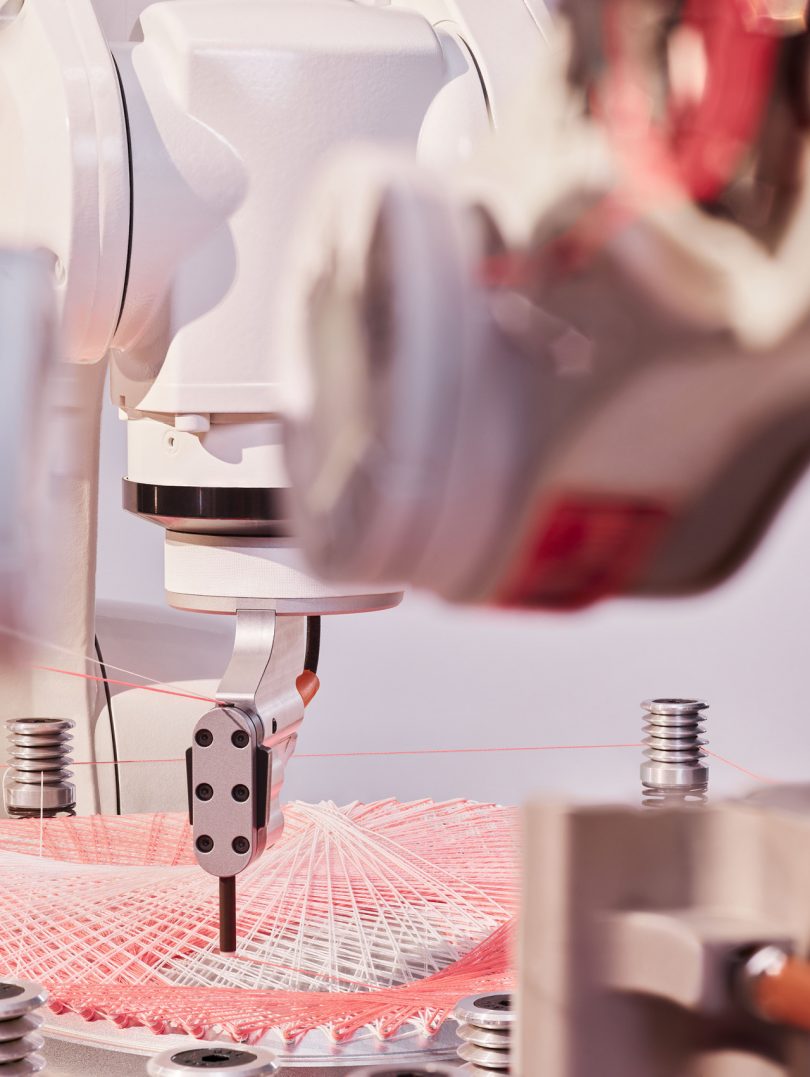 Inspired by the field of architecture, the adidas Future design team cite “interesting experiments” utilizing robotics to build architectural structures as inspiration for the scripts programmed to build fiber structures in sneaker form.

“We started to think about how we could make a machine that would do this type of thread ‘winding’ by hand, how to integrate athlete data, and how to build software to create, simulate, analyze and test STRUNG uppers. After two years of internal adidas development, we decided to accelerate this process by collaborating with long-term design partner, Kram/Weisshaar – a pioneering digital design studio. “

The FUTURECRAFT.STRUNG is currently at the forefront of the team’s exploration of uppers manufacturing, so don’t expect to see it on shelves or online immediately. But the team reports with every prototype designed and manufactured, they are aggregating data to improve the applicability of the textile specific to sport and athlete. The proof of concept above and below was engineered for “short-distance training runs at 5m/s or faster,” its form dictated by an emphasis on lightness, feel and fit, locking the heel to prevent slip. 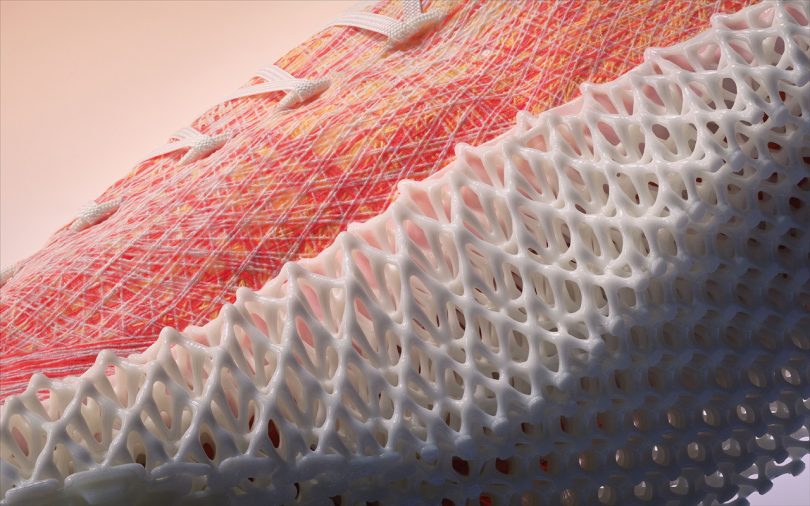 The colors of each thread aren’t merely an aesthetic choice: red threads are stiffer and stronger, positioned at the midfoot, toe-box and heel for support. Yellow threads at the forefoot are more flexible. 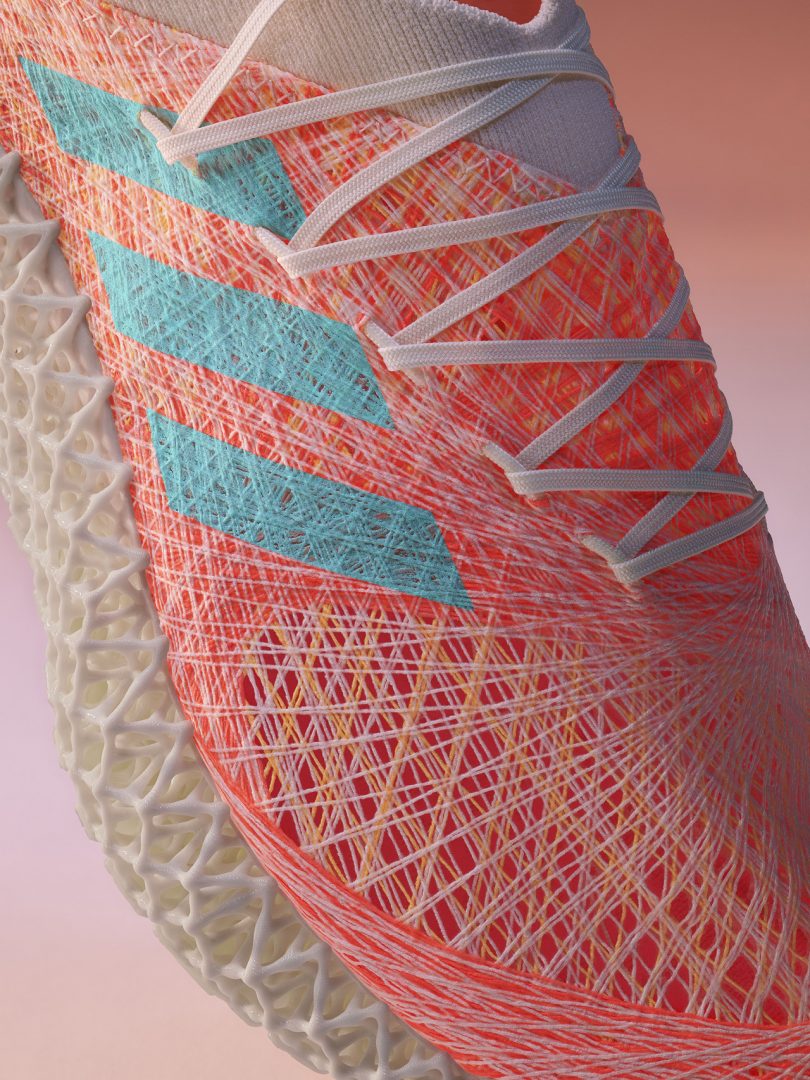 The entire upper sits upon a wildly rococo and latticed ADIDAS 4D midsole, one optimized for quick forefoot strikers. The heel has been further minimized to shave off as much weight as possible, with a rubber outsole for improved traction just where needed, resulting in an extremely minimalist midsole.

Count us very interested in experiencing the fit and feel of this new performance shoe technology. Alas, according to adidas we’ll all have to wait until “late 2021/early 2022” for the research behind STRUNG to appear in commercial form.

A family of four enlisted the help of Reflect Architecture to renovate this modest house near Wychwood Barns in Toronto. The buyers knew it would mean living in close quarters but it could work with the right layout. Instead of an addition or knocking down walls, Reflect was tasked with maximizing the space and improving...

This week’s DMTV Milkshake guest is Michael Green of Michael Green Architecture. If Michael Green’s name is well known outside of design and architecture circles – and it is – this is due at least in part to his viral 2013 TED Talk on “wooden skyscrapers.” For many viewers, the idea of a massive building...