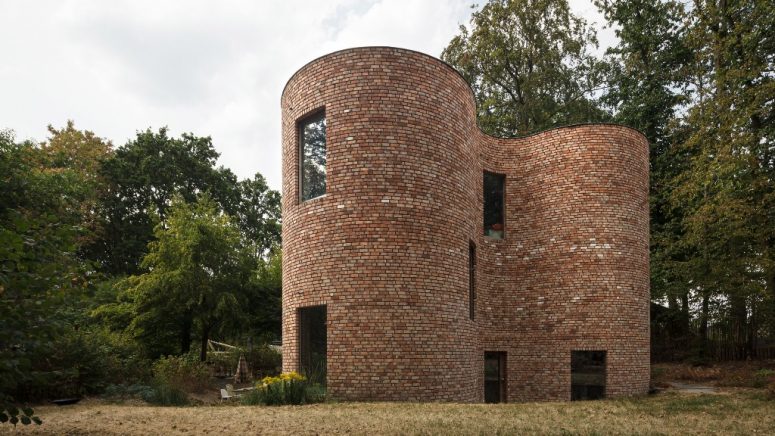 Belgian studio BLAF Architecten used reclaimed bricks to build this house in Ghent with an irregular shape that curves around existing trees. Called GjG House, the project is set in the grounds of a 19th-century mansion very close to a main road, so the trees act as a screen.

BLAF Architecten re-used existing bricks to create the curvilinear walls of the house to cut down on waste, with wood and steel as supporting materials. Tall, rectangular windows puncture the walls and there are glass doors on the ground floor to bring even more light to the interiors. The studio said it wanted to show off the qualities of using real brick instead of a stuck-on facade. This supposedly environmentally-friendly mode of construction could actually create more waste and pollution further down the line. The construction for GjG House also means that inside the space is free from supporting walls.

The shape of the shell allows it to be structurally autonomous. The stability of the outer brick wall is not depending on cross walls, columns or beams, but merely on its form and the brick bonding. Beams and brick walls are left bare in places as a feature. Platform-style levels create areas of double-height ceilings. The kitchen is built into a curving wall, with two-tone blue tiles and bare wood cabinetry. The wooden furniture continues along the undulating wall, forming storage and display niches for the dining area.

The interiors of the house are rather simple and are done in mid-century modern style, with a bit of bright colors and catchy accessories. The kitchen features plywood cabinetry and a two-tone blue tile backsplash. Large windows dotting the walls bring enough natural light to the spaces. 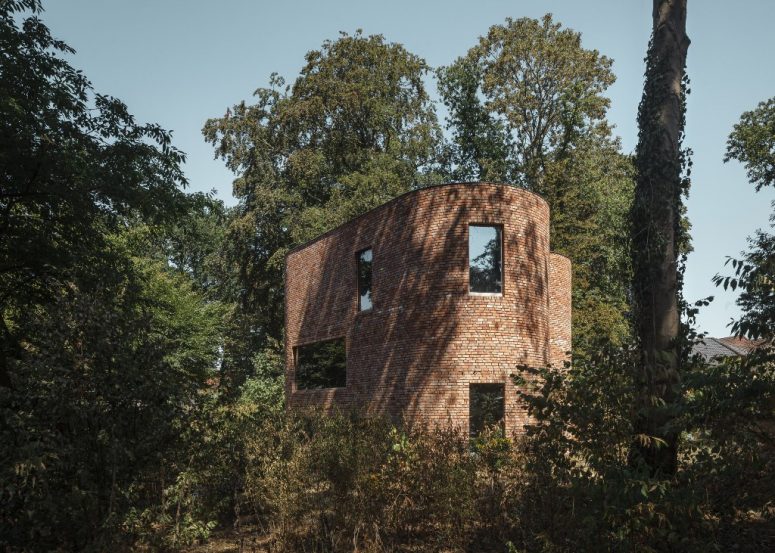 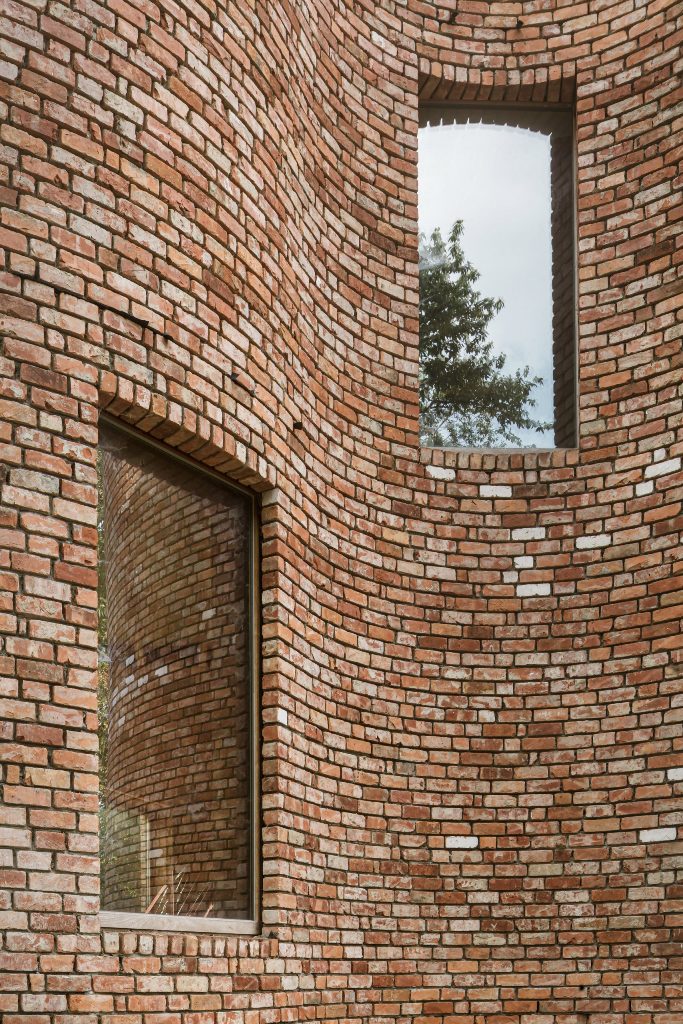 Reclaimed bricks were used for sustainability 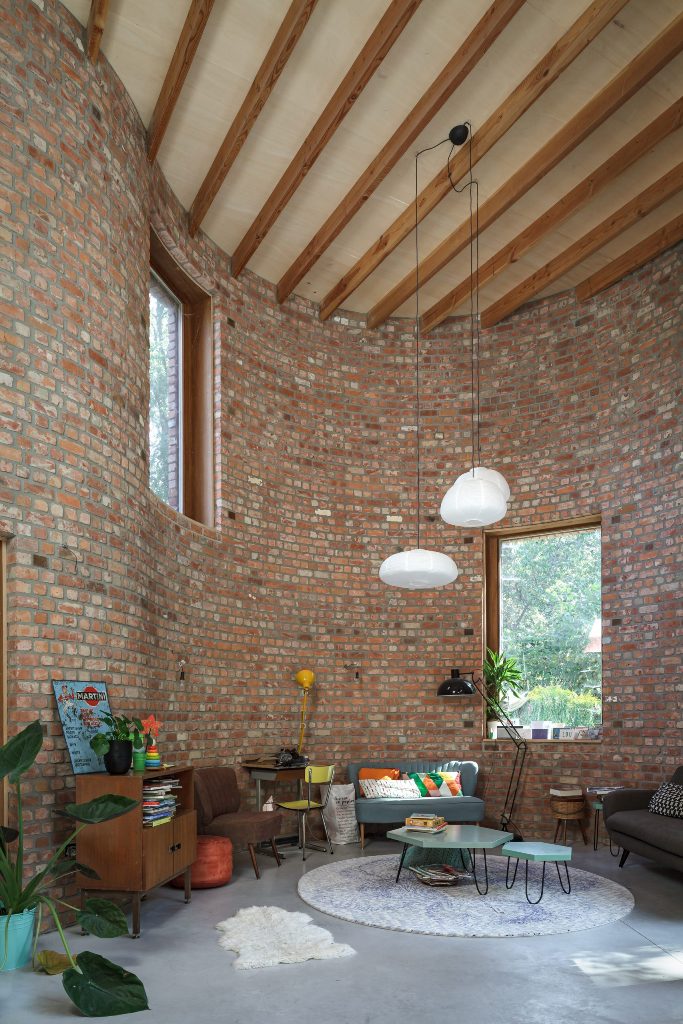 There are high ceilings with wooden beams, and the interiors are mid-century modern, with chic and cool furniture of muted colors, bright touches and pendant lamps that highlight the ceiling 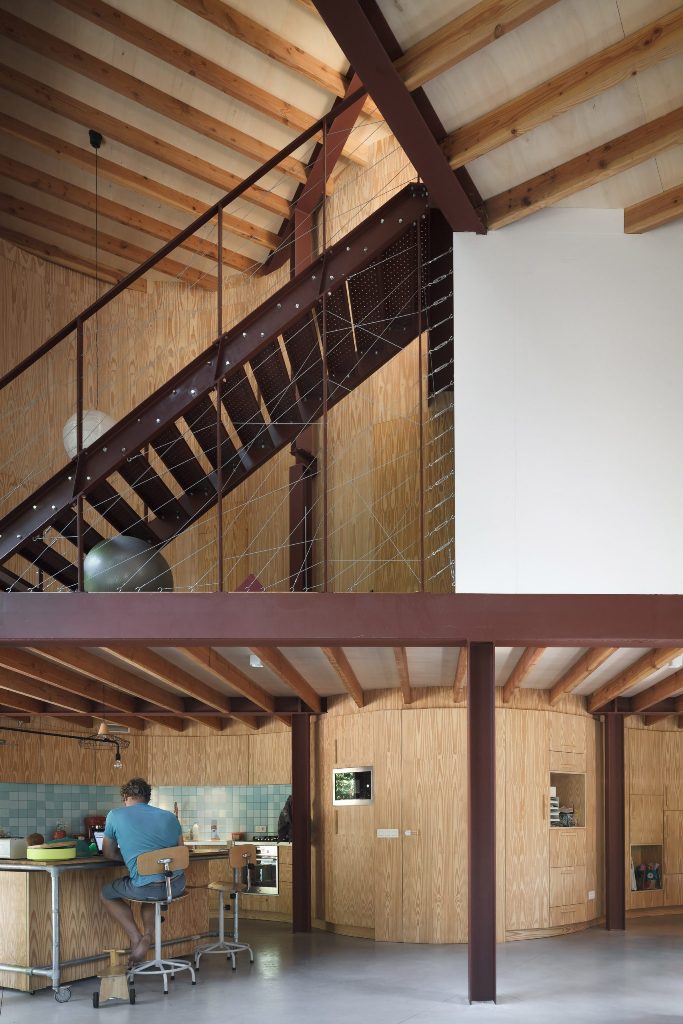 Wooden built-in-furniture follows the curving walls, look how creative the staircase space looks and how smart geometry was integrated here 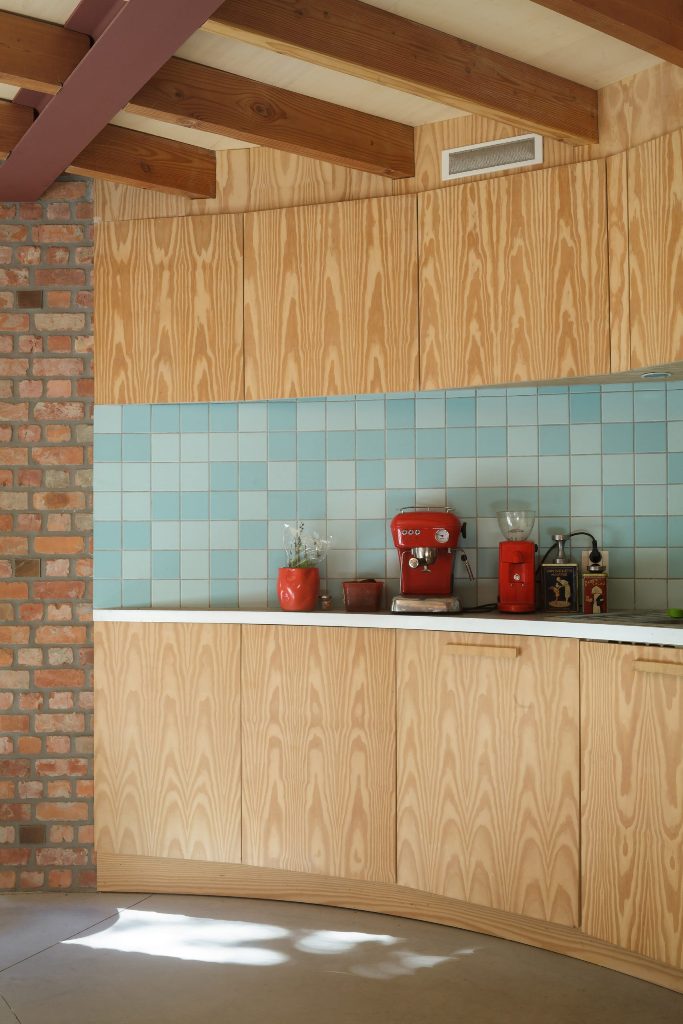 The Link Up: Emily’s New Perfume (That Everyone Loves), Ryann’s Matching PJs, And The COOLEST Chocolate Box This Holiday Season

Hey everyone! Hope you all had a wonderful (and safe) Thanksgiving that hopefully left you very full. Now we’re full-blown into the holiday season and no one can stop us *que It’s Beginning to Look a Lot Like Christmas.* We’ve got a full out link up for you guys today, and also remember there are...