From Design Assistant To Lead Designer, Our Wonderful Julie Is Off To Start Her Next Exciting Chapter

Julie Rose started with EHD a little over 3 years ago. I remember her first day vividly, as does she I’m sure, because I had to leave her in my office, mid introduction to puke in the bathroom because I had overdosed on vitamins. What is worse is that I had to go back into my office and tell my new employee that I had just puked because I had overdosed on vitamins. It was pretty cool. We later laughed about it, but that must have been SO awkward for her. I hired her straight out of design school, with an impressive portfolio but no on-the-job design experience (or very little that I remember). She played it cool like she didn’t follow the blog or had seen the show (this is a normal trend with new employees but then I find out the TRUTH later :)). But she had good calm energy, like I said impressive interior architectural skills, and most importantly to me she hiked (by herself) the Pacific Crest Trail for weeks from Socal all the way North to… I don’t know where it goes but it’s LONG. I know that not every employer is like me and cares about “extracurriculars” but someone who can hike by themselves physically and mentally for weeks without seeing their friends and family (or sometimes a single human) is IMPRESSIVE. It told me about her perseverance, her willingness to put her head down and work and not to mention her love of nature and spirituality (which I think is a nice touch to a well rounded human being.)

But she started in the middle of a real EHD design panic (not to mention the physical vitamin OD). I was underwater on the Portland and mountain house projects and needed help like ASAP. She was not the first nor the last person who I have interviewed on a Monday and asked them to start on a Tuesday (it’s not my best move as a boss, I know). So needless to say she was thrown into a company that doesn’t just design and we are not traditional in our work process. We had two projects going – one in another state that was supposed to be a “cute remodel” that ended up being a 5k square foot new build, and one where I had given the audience all design decision making ability (remember I Design, You Decide) thus us needing to design each room TWICE!! That’s all to say, she was THROWN into the EHD world and while I’m sure at home she told a different story, at work she was so on top of it and cared so much almost immediately about the projects. She was very often the first one in and the last one to leave (and trust me, people – your boss notices this). She even came in on a Sunday and worked all day with me because the bathroom sketches were due the week before and I couldn’t do it on my own. And on our many trips to Portland and the mountain house, I loved hanging out with her, working with her, and drinking whisky with her.

She was very responsible for catching so many of my mistakes and we got to make so many more together! ? We learned so much on both those major projects, not the stuff you can learn in school (but you will learn in my next book – PLUG PLUG). But having her feel as invested as I was in them was SUCH a relief and made me feel supported and frankly not alone. I would usually have the idea and she would help to make sure that it would work (and do the subsequent drawings for it – of which I can’t do).

Over the last year and a half, after those two projects ended, she became the lead in-house designer taking over so many room makeovers and sponsored design projects that at first I helped oversee, and then I didn’t even have to. She has such creative talent AND SKILLS. See for yourself.

She and Emily B. led the Velux Project in Utah:

Table of Contents hide
1 She and Emily B. led the Velux Project in Utah:
2 The Atlanta Project (with Emily Bowser):
3 Then Violet’s Bedroom:
4 Chandlers Bachelor Pad:
5 And Of Course, Suzanne’s Bedroom:
6 Related Posts:

The Atlanta Project (with Emily Bowser):

And Of Course, Suzanne’s Bedroom:

AND Grace’s bedroom and her bathroom refresh – both coming soon!

Training an employee to not need you on projects, to lead confidently is truly a win-win and made it so we could both grow in different ways.

So what’s going on now? Well, with the potential move to Portland, our permanent move from LA AND the pandemic, our day to day “designing” had drastically shifted. Knowing that within the year (we think) we’ll be up in Portland made taking on any major new design projects in LA difficult, or I would be doing it just for her because I didn’t want to lose her. So after a lot of open conversations, we realized that it’s time for her to move on, to seek out other opportunities to grow on her own or with another designer. AND GUESS WHAT??? She is going to be working with Velinda on design projects! And guess what else? Grace (remember Grace?) is ALSO working with them. Guess who shoots their work? Sara. Guess who styles it? Emily Bowser. And guess where it’s published after they’re shot? STYLEBYEMILYHENDERSON.COM. So not only is she still finishing up a couple of makeovers that we have (our next Velux Feel Good Makeover), and going to be a contributor on design posts, but she is going to be working with former EHD on design projects, published here. It makes me so happy I can’t even tell you. And while I want her to fulfill her dreams of designing a boutique hotel (and she will someday) this year probably isn’t the year for it.

So in case you are looking for a fantastic design team in LA (they do e-design too!) you now not only get Velinda, but Julie, Grace, and Bowser. Spread the word, guys. ?

Now I wish I could go back in time and write tribute posts for each person. I feel like Velinda and Emily B., since they went freelance at the same time, didn’t get a full post on their own, nor did Grace (and I’m sure others). But know that I love you, Velinda (great designer, hire her), Bowser (great stylist – hire her), and Grace (great designer – hire her) so much. Anyway, after Sara went freelance I’m sure you have a lot of questions about the size of the team reducing. Is everything ok? What’s going on?? The truth is – I’ve loved so many of my team members over the years, deeply, but I like running a small team. I was on the precipice of making the choice between going bigger or going smaller (medium size of 10 – 20 employees is strangely difficult to manage) and I realized that I don’t want a 100 person empire. At least not right now ? And now we get to have this incredible small and lean team, plus a lot of amazing contributors  – both former EHD AND new diverse voices that you are just getting to know (more to come that we are very excited about). So nobody ever really LEAVES leaves (not like a horror movie, obviously), they just transition into doing their own work, growing somewhere else and bringing that perspective and growth back here for us to see their beautiful work and read their compelling words.

But back to Julie. Yes, today is her last official day as full-time EHD staff. Writing this made me cry. You, Julie, have seen me cry SO MANY TIMES that I’m sure you can picture it. Thank you for 3 amazing years and I can’t WAIT to see what you do next, in every way. You’ll always be Team EHD to me ?

This amazing Costa Rica home is built with two horizontal floor planes plus a vertical volume and overlooks the ocean Situated on the hilltops of the Nosara town in Costa Rica, this beautiful family house captures a set of gorgeous views towards both the Pacific Ocean and the mountain in this region. It was designed...

A Halloween party is a special one, it’s time when you can use your imagination and realize any scary thought that gets into your head. Here are some ideas to style your tablescape for this party and make it ultimately chic. Colors And Styles Table of Contents hide 1 Colors And Styles 2 Decor 3... 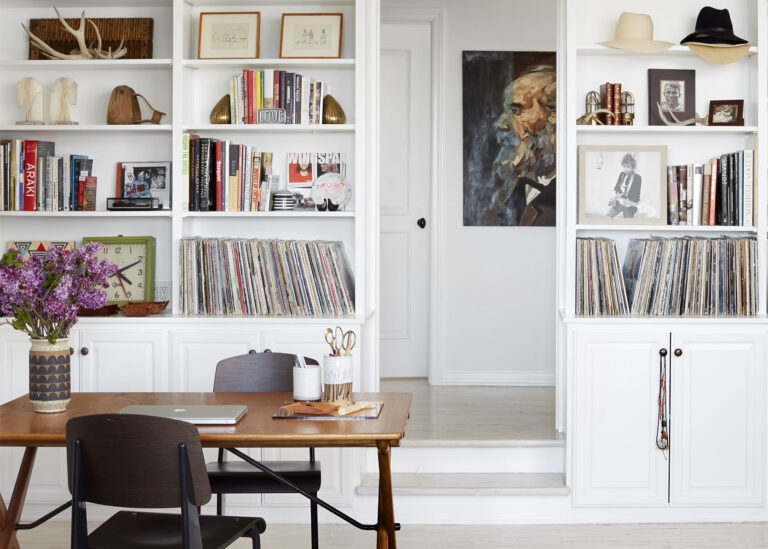